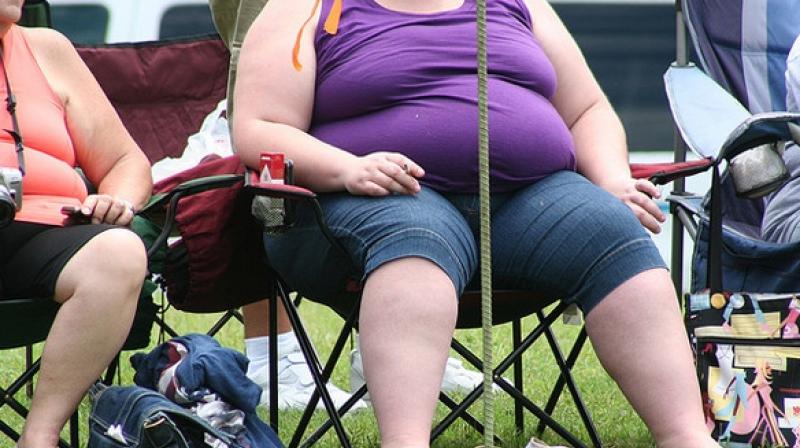 LONDON - Being overweight or obese is linked to a higher risk of dying prematurely than being normal weight and the risk rises sharply as the extra pounds pile on, scientists said. In findings contradicting the "obesity paradox", which had suggested a possible survival advantage to being overweight, researchers said excess body weight now causes 1 in 5 of all premature deaths in America and 1 in 7 in Europe. "On average, overweight people lose about one year of life expectancy, and moderately obese people lose about three years of life expectancy," said Emanuele Di Angelantonio from Britain's University of Cambridge, who co-led the research. The results also showed fat men are at particular risk. "This is consistent with previous observations that obese men have greater insulin resistance, liver fat levels and diabetes risk than women," Di Angelantonio said. The World Health Organization (WHO) estimates that 1.3 billion adults worldwide are overweight and a further 600 million are obese. The prevalence of adult obesity is 20 percent in Europe and 31 percent in North America. The negative health effects of excess body weight and its link to chronic illnesses such as diabetes, heart disease, stroke, respiratory disease and cancer have been well documented. But recent studies suggesting people who are fat may not have lower survival rates have led to confusion about whether obesity kills, or just causes bad health. This study, published in The Lancet medical journal, looked at data from more than 10.6 million people involved in 239 large studies in 32 countries over 45 years. A combined 1.6 million deaths were recorded across these studies, in which participants were followed for an average of 14 years. The researchers excluded current or former smokers, those with chronic diseases at the beginning of the study, and any who died in the first five years of follow-up. This left 4 million adults to analyze. They looked at body mass index (BMI) - an indicator of body fat calculated by dividing a person's weight in kilograms by their height in meters squared (kg/m2). The WHO defines BMI 18.5-25 as normal, 25-30 as overweight, 30-35 as moderately obese and over 40 as severely obese. The results showed that participants with a normal BMI had the lowest premature mortality risk - of dying before the age of 70 - during the time they were followed. The risk of mortality increased significantly throughout the overweight range, with every 5 units higher BMI above 25 kg/m2 linked to a 31 percent higher risk of premature death. -Reuters