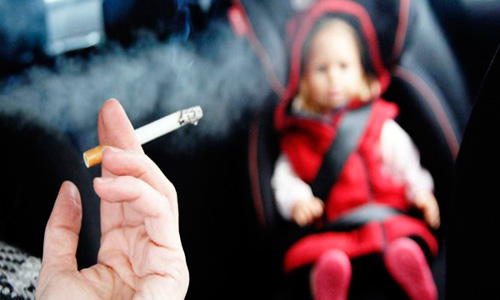 WEB DESK: Smoking causes more harm than previously thought, says a recent study published in the New England Journal of Medicine. Health officials generally associate 21 diseases with smoking; however, the new study researchers opine that smoking can lead to many other unlisted diseases. A 17 percent increase in mortality has been reported among current smokers owing to diseases which are currently not linked to smoking. The study was funded by the American Cancer Society and it unveils an association between habitual smoking and breast cancer, respiratory diseases, kidney failure, infections, hypertensive heart disease and renal failure.   Britain is considering ban on smoking in cars with children and according to the British government secondhand smoke leads to adverse health conditions, particularly in children. U.S. surgeon general’s website says “Damage from tobacco smoke is immediate.   Tobacco smoke contains more than 7,000 chemicals and chemical compounds that reach your lungs every time you inhale.” In early February, the Centers for Disease Control and Prevention also released a Vital Signs report on secondhand smoke. The surgeon general’s report stated “Death and disease from tobacco use in the United States is overwhelmingly caused by cigarettes and other burned tobacco products. Rapid elimination of their use will dramatically reduce this public health burden.”