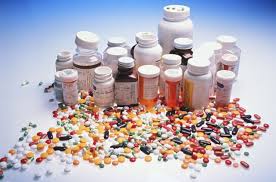 LONDON - Poor quality drugs, not fake medicines, are the real threat in fight against malaria, causing deaths and increasing the risk of drug resistance, researchers said on Monday. While previous reports have suggested that up to a third of malaria drugs could be fake, researchers at the London School of Hygiene and Tropical Medicine who analyzed anti-malaria drugs in Cambodia and Tanzania, found no evidence of fake medicines. "The lack of falsified medicines in Cambodia and Tanzania are reassuring, but the presence of substandard medicines is definitely a concern," Harparkash Kaur, lead investigator of the drug quality study, said in a statement. The researchers found substandard drugs in 12 percent of samples in Tanzania and in 31 percent in Cambodia, an epicenter of resistance to the drug artemisinin, one of the most effective malaria treatments available. "Falsified medicines have received much attention globally, but substandard drugs are far more prevalent and of great concern," Shunmay Yeung, lead author of the study in Cambodia said in a statement. "Not only do they leave patients with malaria undertreated, which could be fatal, but they may also contribute to the development of resistance to ACTs (artemisinin combination therapy)." While there have been significant reductions in the numbers of people falling ill and dying from malaria, the mosquito-borne parasitic disease still kills around 600,000 a year -- mostly children in the poorest parts of sub-Saharan Africa. Substandard drugs, which contain levels of the active ingredient either too low or high, can be caused by poor quality control in manufacture or storage in inappropriate conditions, such as high heat or humidity. In both studies medicine samples were collected from private drug outlets, which in many countries are often the most common sources of treatment and in which medicines tend to be less supervised than those from public sector clinics or hospitals. - Reuters