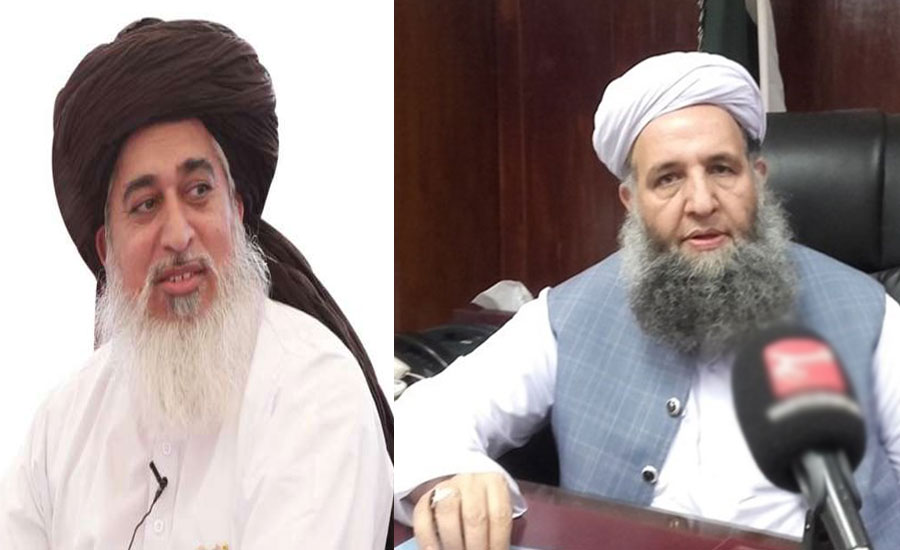 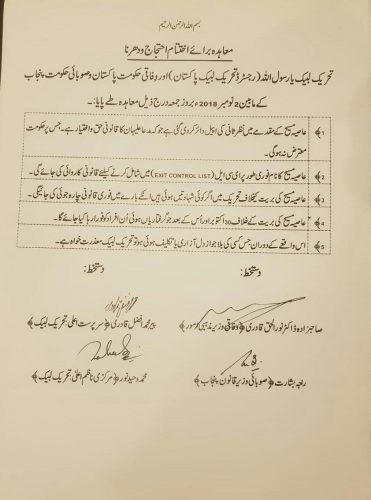 Meanwhile, the agreement was signed by Federal Minister for Religious Affairs Noorul Haq Qadri and Punjab Minister for Law Raja Basharat from the government side, while Pir Afzal Qadri and Muhammad Waheed Noor signed from the TLP sides.