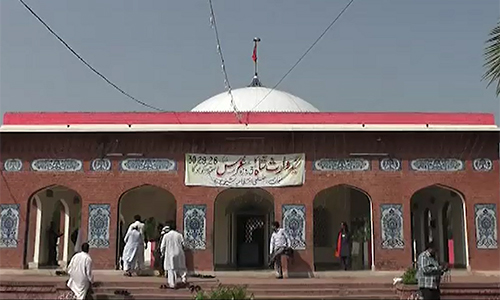 SHEIKHUPURA (92 News) – The 217th annual three-day Urs of great Sufi poet Syed Waris Shah started in Jandiala Sher Khan, Sheikhupura, on Monday. The traditional Heer-reciting contest will be held during the Urs. Pir Waris Shah, who is considered as Shakespeare of the Punjabi language, was born in 1722 and died in 1798. He got his early education in a mosque in Jandiala Sher Khan. He completed his formal education of Dars-e-Nizami in Kasur from Maulvi Ghulam Murtaza Kasuri. Later, he moved to Pakpattan's Malka Hans area. Besides Heer, he wrote Tasneef Nama, Miraj Nama, Chohery Nama, Dohay and Mahias.