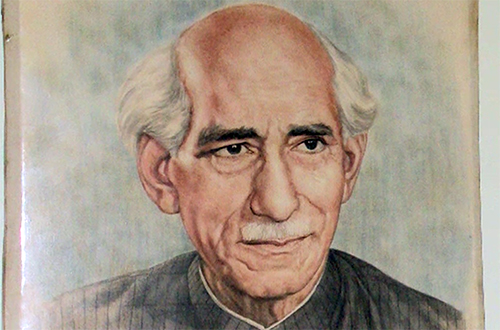 LAHORE (92 News) – The 38th death anniversary of the great Urdu poet, Sufi Ghulam Mustafa Tabassum is being observed on Sunday.

Sufi Tabassum was born in Amritsar on August 4, 1899. He was a great poet, critic and teacher. He taught three generations of students, including Faiz Ahmad Faiz, Noon Meem Rashid and Ahmad Nadeem Qasmi who later became renowned poets.

It was during this period that the best Urdu and Persian poems of Sufi Tabassum were written. After retirement, he formed the Iranian Cultural Centre in 1955. He devoted all his energies to modernize the Persian used by the scholars of the sub-continent an effort that has borne fruit.

Sufi Tabassum devoted a lot of time to writing for children and died on February 7 in 1978.