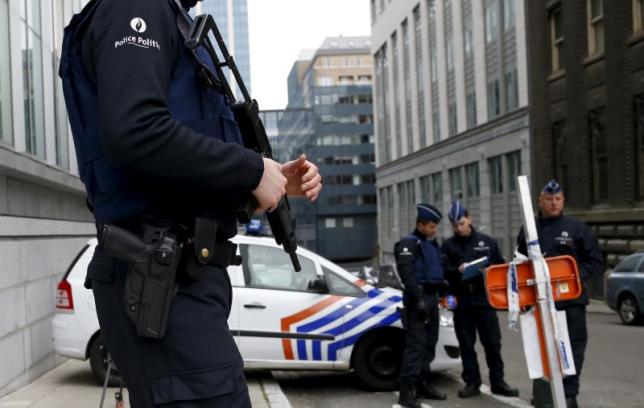 BRUSSELS - The lawyer defending the prime surviving suspect for the Nov. 13 Paris attacks said on Sunday he would sue a French prosecutor for divulging his client's admission that he had planned to blow himself up with fellow Islamic State militants. Speaking two days after Salah Abdeslam was captured during a police raid in Brussels, his lawyer Sven Mary accused the lead French investigator of violating judicial confidentiality. "I cannot let this pass," Mary told Belgian state broadcaster RTBF. Mary's office was not available for comment, but RTBF said he would start legal proceedings on Monday. The gun and bomb attacks on a sports stadium, bars and a concert hall killed 130 people and marked the deadliest militant strikes in Europe since 2004. Abdeslam admitted to a Belgian magistrate that he had planned to take part in a suicide attack at the stadium, and French prosecutor Francois Molins disclosed this to reporters on Saturday. At a Paris news conference, Molins read from Abdeslam's statement, saying: ""He wanted to blow himself up at the Stade de France and, I quote, backed out." Molins said people should treat with caution initial statements by the 26-year-old French national. Abdeslam, who was caught by police in Brussels after an intense, four-month manhunt, spent his first night in a high security prison in the northwestern Belgian city of Bruges. He is due to appear before a judge in Brussels on Wednesday, and RTBF quoted his lawyer as saying he would not seek to have him freed from police custody. "REAL THREAT" Belgian Prime Minister Charles Michel demanded answers to the question of how Abdeslam managed to evade capture for so long. Belgium's federal prosecutor has said the fugitive relied on a network of friends and relatives involved in drug dealing and petty crime. "The immense majority of the population is disgusted by these abject acts against human life ... so our investigation must show how he managed to hide from police and security forces," Michel told European broadcaster RTL. Separately, Austria's Interior Minister Johanna Mikl-Leitner said that Salzburg's judiciary is in contact with France about potentially extraditing two militants with suspected links to the attacks. Abdeslam's lawyer said his client admitted being in Paris during the attacks. He told reporters Abdeslam, born and raised by Moroccan immigrants in Brussels, had cooperated with investigators but would fight extradition to France. Legal experts said his challenge was unlikely to succeed but would buy him weeks, possibly months, to prepare his defence. Belgian prosecutors have charged Abdeslam and a man arrested with him with "participation in terrorist murder". Abdeslam's elder brother Brahim, with whom he used to run a bar, was among the suicide bombers. Authorities hope the arrest may help disrupt other militant cells that Michel said were at large. "There is a real threat. There are many, many people in Europe who have been radicalised, who are both from Syrian war zones and those who have grown up among us. There is a colossal amount of intelligence work to do," Michel said. -Reuters