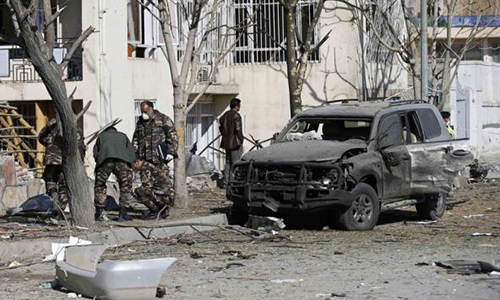 KABUL – Twenty-five people were killed in three suicide attacks in the Afghan capital on Friday, police said. A police source said the bomber struck as cadets were returning to the academy after the weekend. The bomber was believed to have been in police uniform, the source said. The third suicide bomber struck a place near the airport. Gunshots were also heard after the suicide attack. Official figures on casualties had yet to be released, but a local television network said eight had been killed, quoting an ambulance official. –Reuters