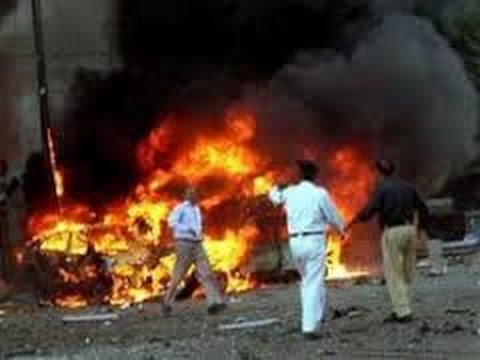 KHOST - A suicide bomber on Thursday blew himself up in the middle of a demonstration against corruption in Afghanistan's eastern province of Khost, killing 17 people and injuring at least 50 more, government officials said. Violence has escalated in Afghanistan as most foreign troops withdrew in 2014 and last year was the worst on record, with more than 10,000 civilian casualties, the United Nations says. There was no immediate claim of responsibility and it was unclear whether the attack was linked to the insurgency led by the Afghan Taliban, an Islamist militant group. "The protest against corruption had been going on for days," said Khost police chief, Faizullah Ghairat. "Today a suicide bomber blew himself up among the protesters." One of the organizers, outspoken lawmaker Humayun Humayn, was injured in the attack, Ghairat added. Although the police chief did not describe his condition, other officials said Humayun had lost both his legs. The Afghan Taliban, ousted from power in 2001 by US-led forces, is fighting to unseat the internationally backed government in Kabul. - Reuters