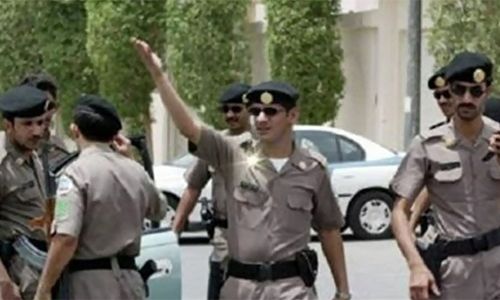 RIYADH – A suicide bomb attack inside a mosque in a local security forces headquarters in Abha city in south-west Saudi Arabia killed 17 security officials and wounded nine on Thursday, the Saudi state news agency reported, citing an interior ministry spokesman. The mosque in Abha was part of the local headquarters of a state security unit called the Special Emergency Force, the spokesman was cited as saying. Of those killed, 10 were members of the force, while three were workers in the compound. They were praying when the bomber struck within their ranks, he said. In May, two suicide bomb attacks on Shi'ite mosques in Saudi Arabia were claimed by Islamic State. The first on a mosque in Qatif in the east of the kingdom killed 21 worshippers, and another four died in a bombing a week later at a mosque in Dammam. Another bombing claimed by Islamic State on a Shi'ite mosque in Kuwait in June killed 27 people. Meanwhile, Prime Minister Nawaz Sharif has strongly condemned the attack. He said that the Pakistan government and people are with Saudi Arabia during this difficult hour. He also condoled with the bereaved families. –Reuters/92 News