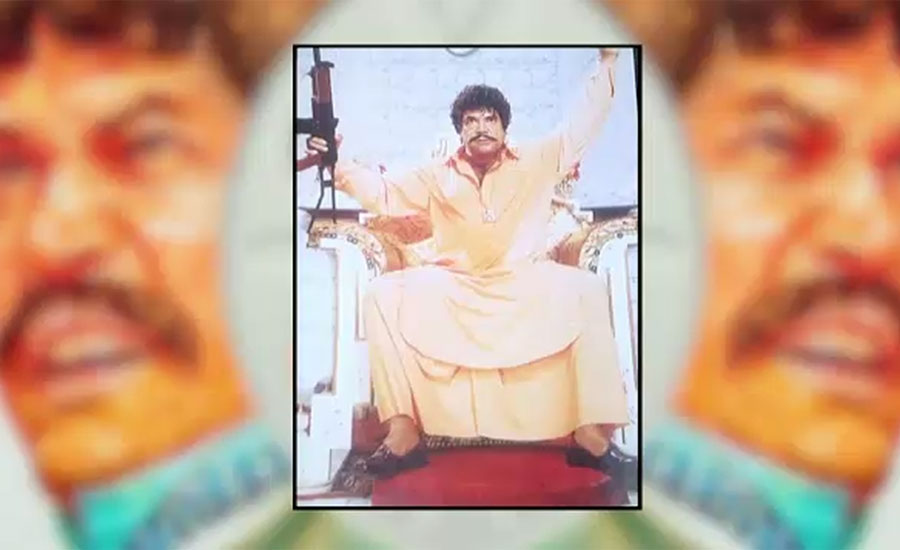 LAHORE (92 News) – One of Pakistan’s most renowned Punjabi film hero Muhammad Sultan Khan, also known as Sultan Rahi, was remembered for his massive role in Pakistani cinema on Wednesday, his 23rd death anniversary. Rugged looks, brawny and stocky, with an aggressive style of dialogue delivery was what made Sultan Rahi an actor who had an everlasting impression on everyone. In 1938, the Acting legend was born in a Muslim family in Utter Pradesh in India. Sultan's family migrated to Pakistan after partition in 1947 and settled in Gujranwala later. Sultan Rahi started his film career in 1959 as an extra in the Baghi and in 1975 he became an action icon for lovers of Punjabi films. Some of his mega hits include Maula Jatt, Sher Khan, Chan Veryam, Kaley Chore, Godfather, Basheeraa and Wehsi Gujjar. His other works include Behram Daku (1980), Sher Khan (1981), Sala Sahib and Ghulami (1985). On 9th January 1996, Actor Sultan Rahi was murdered by some unknown persons during a highway robbery on the Grand Trunk Road (GT Road) near Gujranwala, while coming back to Lahore from Islamabad. He remained the most popular Punjabi film hero during the 1970s and 1980s. During his professional career, he appeared in more than 850 Punjabi and Urdu-language flicks and was named in the Guinness Book of Records as the most prolific actor. His films were marked with diamond, platinum and silver jubilee awards. The actor was murdered in 1996 while travelling from Lahore to Islamabad by robbers who tried to rob him and his friends. He was 58 years old at the time of his death.