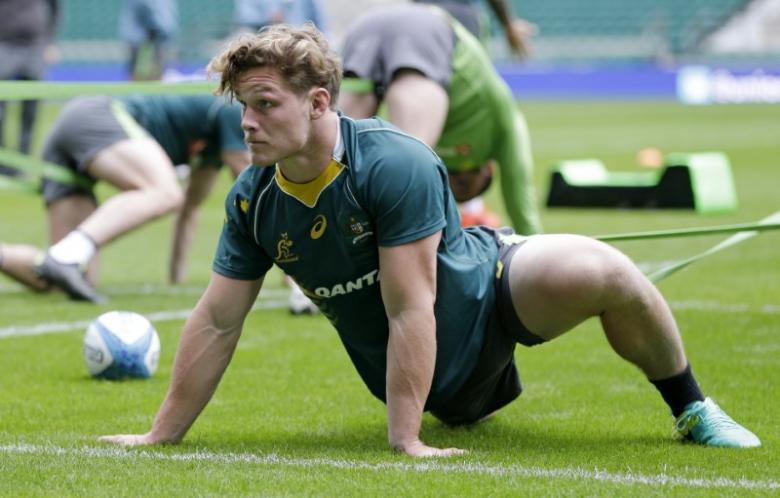 SYDNEY - Players in Michael Cheika's Wallabies squad will have no trouble putting aside their Super Rugby struggles when they gather to prepare for June internationals against Fiji, Scotland and Italy, flanker Michael Hooper has said.

None of Australia's five teams have won more than three matches from the 12 rounds of Super Rugby so far. They have also failed to record a single victory over a New Zealand side in 17 attempts.

Players at the Melbourne Rebels and Western Force, meanwhile, have been competing under a cloud of uncertainty with the Australian Rugby Union poised to cut one of them from the competition next year.

But all that would be put aside when the Wallabies get ready for the June 10 opener against Fiji in Melbourne, Hooper told a media conference in Sydney.

"The ability to separate those (Super Rugby and tests) is something the Wallabies have always been good at," the 25-year-old openside said.

"And (it's) something that the coaching staff will definitely look into."

While Australian sides failed to impress in the 2015 Super Rugby season, the Wallabies were able to raise their game and reached the World Cup final that year.

A number of the Wallabies' senior players have struggled for form in the current campaign, including some of Hooper's team mates at the New South Wales Waratahs.

Fullback Israel Folau had only three tries for the season before grabbing a brace in the home defeat to the Auckland Blues in the Sydney team's last start, while his scrumhalf team mate Nick Phipps has been inconsistent.

Captain Stephen Moore is also under pressure to hold down the Wallabies' starting hooker position amid a tough season with the Queensland Reds. "It's a different challenge. It's actually a lot easier than you think," Hooper said of getting over the provincial gloom.

"There's new people to bounce ideas off. "It's a fresh environment, fresh faces. "So there's a lot of enthusiasm, not to leave that stuff behind but take what you've learned and bring it in and pool it in together." -Reuters