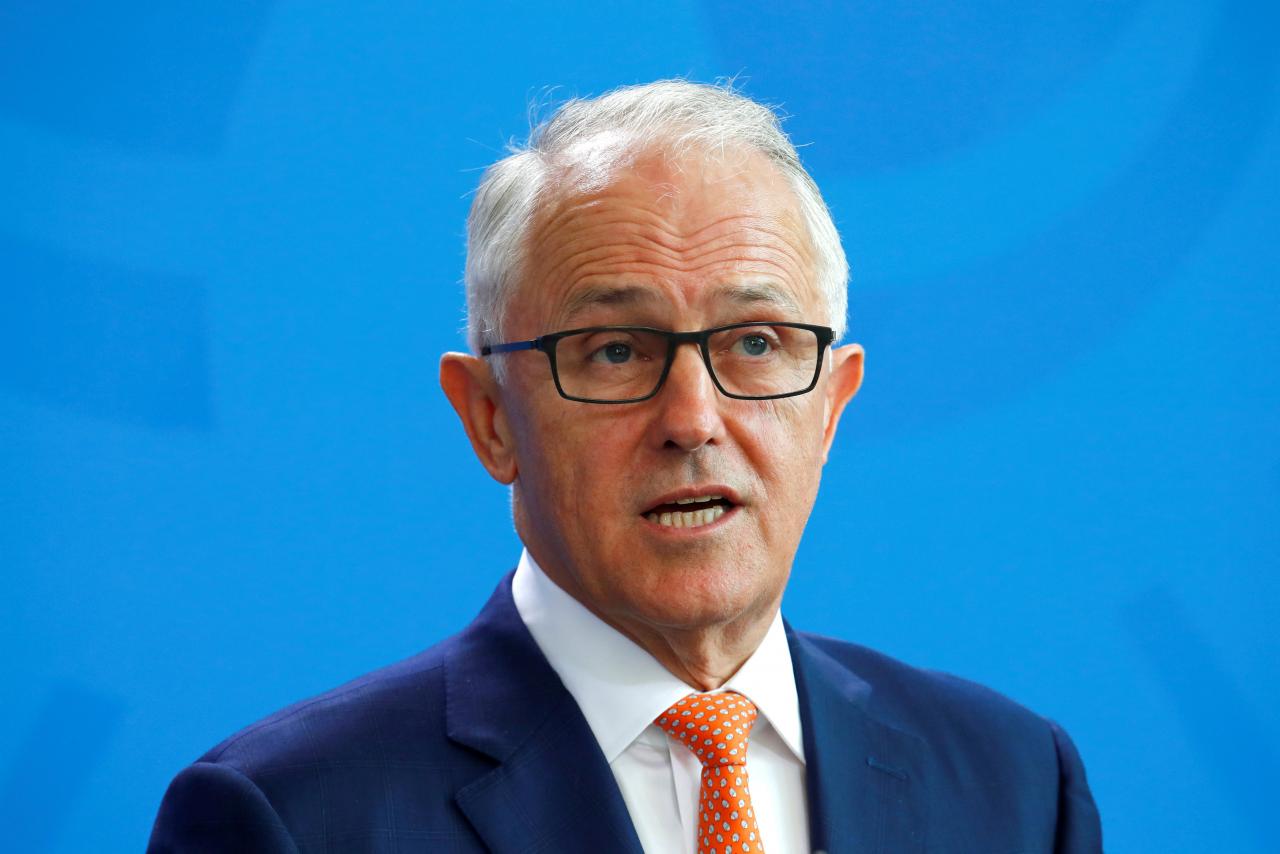 SYDNEY (Reuters) - Australian Prime Minister Malcolm Turnbull is vying to secure a 100-year first this weekend by winning a seat from the opposition at a by-election and with it a possible pathway to victory at the next national election due by May 2019. Turnbull’s personal popularity is at its highest level in two years, according to the latest opinion poll, but his conservative government badly trails the Labor opposition. In what is being called “Super Saturday”, voters in five seats will go to the polls after a handful of opposition lawmakers were forced from office after falling foul of the country’s constitution that bans politicians from elected office if they are dual citizens. Some political analysts believe a very strong showing in the by-elections could tempt Turnbull to call an early poll. Polls indicate the ruling centre-right government has a strong chance of wining the Labor-held seat of Longman, in the state of Queensland, after Pauline Hanson’s far-right One Nation Party encouraged its supporters to preference Turnbull ahead of the country’s opposition Labor Party on their ballot papers. Picking up at least one of the five seats contested will double Turnbull’s parliamentary majority to two and make him less beholden to his backbench. Three prime ministers have been ousted by their own parties since 2010 after their popularity waned and the party believed they could not win re-election. A victory in Longman could also provide a possible blueprint to securing re-election at the next federal poll. Hanson is unlikely to formally endorse Turnbull when the next election is called, sources close to the lawmaker say. But under a barrage of attack from the opposition Labor Party, she is leaning towards recommending preference, or secondary, votes for the government, the sources say, an arrangement that would leave the result of the next federal election in the balance. Australians mark ballot papers in order of candidate preference. If no candidate wins more than 50 percent of the vote, the candidate with the fewest votes is eliminated and their votes are given to the second preference candidate. This continues until one candidate wins.

Turnbull must win marginal seats in the state of Queensland if he is to be re-elected. “There are a lot of marginal seats in Queensland, where Hanson has sway. She delivered the election to (conservative prime minister) John Howard in 1998, she could do it again,” said Nick Economou, senior lecturer in Australian politics at Monash University in Melbourne. Of the 10 seats that were won by less than 2,000 votes in 2016, Queensland was home to half of them, data from Australia’s Electoral Commission shows. Although home to several large cosmopolitan cities, Queensland’s electorate is heavily dominated by rural voters, a demographic that has not taken to Turnbull, a social liberal who made his fortune in banking before entering politics. Hanson by contrast is a blue-collar hero, a former fish and chip shop owner, who is riding a wave of support on her platform of banning Muslim migration and limits to acquisitions of Australian assets by foreign companies. Turnbull will also struggle to win favour in constituencies where many are economically lagging. Unemployment in the five marginal Queensland seats was at least 1.5 percent higher than the national average, data from the 2016 national census shows, boosting Hanson’s appeal. “One Nation, they care about us, not like Labor and The Greens who want higher taxes, which threaten jobs,” said Alan Clarke, a carpenter in the town of Caboolture in the seat of Longman.