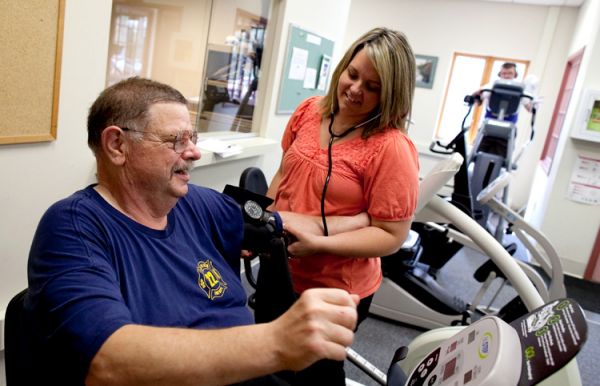 NORTH CAROLINA - People with intermittent claudication that causes leg pain, cramping or fatigue while walking are able to walk further after months of supervised exercise therapy, compared to unsupervised exercise, according to a new study. But both groups end up with a similar quality of life and similar amount of walking in their daily lives, according to the study. Intermittent claudication is the primary symptom of peripheral artery disease. “As of 2010, there are estimated to be 200 million patients with peripheral artery disease worldwide,” said lead author Dr. Sreekanth Vemulapalli of Duke University Medical Center in Durham, North Carolina. “Current estimates are that 10% to 35% of people with peripheral artery disease have intermittent claudication,” Vemulapalli told Reuters Health by email. Supervised exercise sessions can be an effective way to treat the symptoms, but many patients would have to pay for it out of pocket and therefore don’t utilize it, he said. “Unfortunately, although supervised exercise is recommended by multiple professional societies, including the American Heart Association, the American College of Cardiology, and the Society of Vascular Medicine, as one potential therapy for intermittent claudication, many patients do not have access to it,” he said. For the new study, the authors examined 24 randomized controlled trials and four observational studies comparing supervised and unsupervised exercise. In general, compared to those who did unsupervised exercise, people who did supervised exercise were able to walk about 86 meters further at 12 months (roughly 282 feet, or one-twentieth of a mile), and they were also able to walk a bit further (about 23 meters more, or an extra 75 feet) before claudication symptoms began, according to results in the American Heart Journal March 26. But based on quality of life scales and patient reports, supervised exercise did not improve quality of life or increase walking distance or speed, compared to unsupervised exercise. “Patients with intermittent claudication usually stop walking because of pain in their muscles,” Vemulapalli said. “This pain is thought to occur in part because the muscles are not getting enough blood to do the work of walking.” Exercise may improve blood flow by activating smaller blood vessels in the legs, he said. Supervised exercise “consists of training sessions, supervised by a trained physiotherapist, following an intermittent pattern of periods of walking to induce pain and discomfort followed by periods of rest,” according to Dr. Joep Teijink, a consultant vascular surgeon at Catharina hospital in Eindhoven, The Netherlands. The physiotherapist continuously monitors the patient and controls therapy compliance for optimal treatment results, which is an added benefit beyond exercising on your own, Teijink told Reuters Health by email. Many patients who are simply told to exercise on their own do not carry out the advice, Teijink said. Cost for physiotherapist sessions can vary by healthcare facility, Vemulapalli said. He still recommends supervised exercise for patients with claudication, as it does improve walking distance, may improve certain areas of quality of life that were not included in these questionnaires, and may have other benefits for the cardiovascular system. Patients may also want to talk to their doctors about starting an unsupervised exercise program, which has had encouraging results in other studies comparing it to no exercise, he said. - Reuters