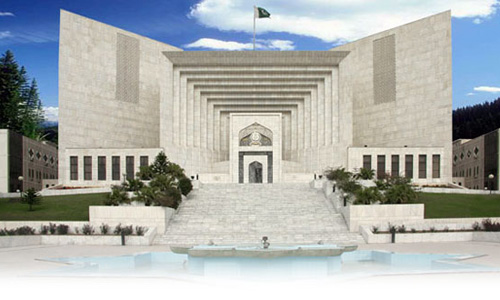 ISLAMABAD (92 News) – The Supreme Court will announce verdict on the establishment of military courts on Wednesday. The 17-member full court presided over by Chief Justice Nasarul Mulk had heard the 42 petitions against the 21st and 18th amendments and reserved the judgment on June 26. Attorney General Aslam Butt and law officers of four provinces presented arguments in favour of the military courts. Bar councils and lawyers organizations termed the 21st amendment and military courts against the basic structure of the constitution.