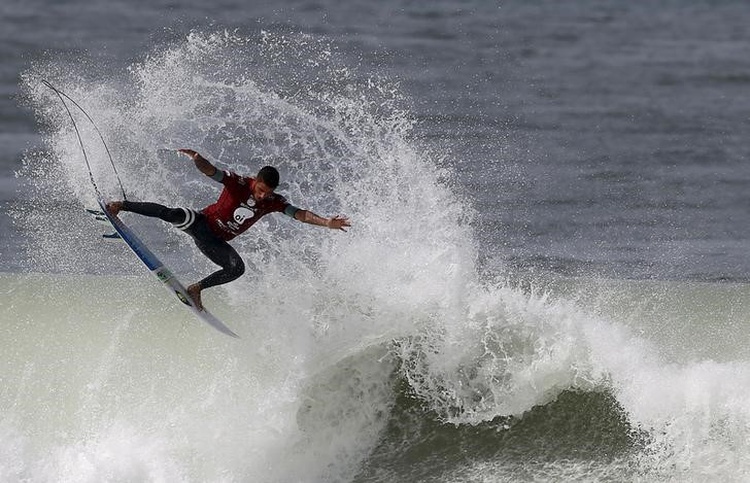 RIO DE JANEIRO (Reuters) - Brazilian Filipe Toledo delighted his home crowd with an almost perfect tube ride to win the Oi Rio Pro and move into second place in the World Surf League standings . Better known for his aerial skills, the 23-year-old had the crowd on its feet when he scored 9.93 with one of his barrel rides on his way to easily beating Australian tour rookie Wade Carmichael 17.10-8.00 in the final. “That’s it,” said Toledo, who also won in Rio in 2015. “This is what we’re talking about you know, this is Brazil, that’s our energy, that’s our feeling you know it’s emotional you know. “It’s crazy. Coming back home having this amazing support from the crowd and everything you know especially for my baby girl.” The victory at Barrinha puts Toledo in second place in the championship behind Australia’s Julian Wilson after four of the 11 rounds of the 2018 series. Australia’s six-times world champion Stephanie Gilmore won the women’s competition for her second victory this year to extend her lead at the top of the championship standings.