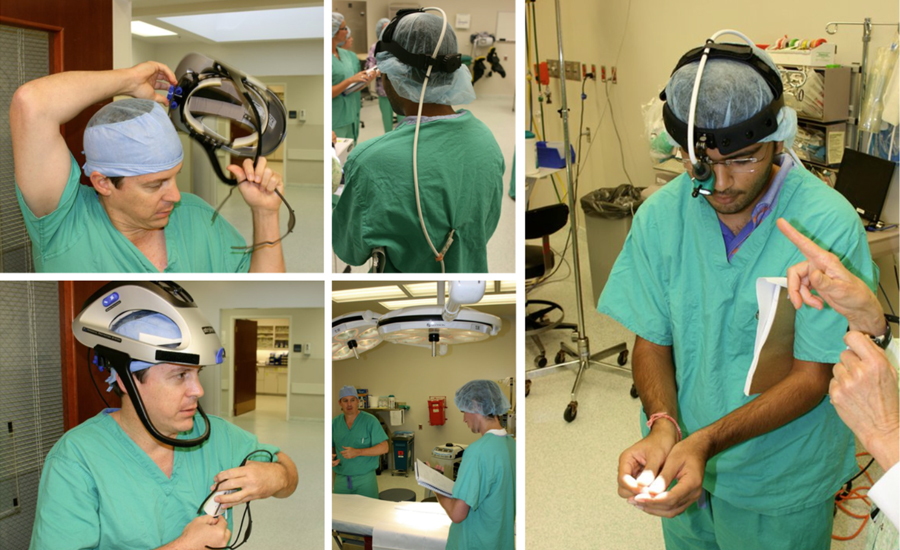 CALIFORNIA (Reuters) - Surgeries in poorer countries can become dangerous when electrical power goes out, as it often does. That’s why a group of doctors working with a charity called Lifebox got together to design an inexpensive headlamp for use in low- and middle-income countries, “where electricity outages are disruptive, dangerous and ubiquitous,” the group writes in JAMA Surgery. If they can find a manufacturer to partner with, the lights could be available as soon as 2019, said the article’s lead author, Dr. Thomas Weiser, an associate professor of surgery in the section of trauma and critical care at the Stanford University School of Medicine in California. “Our experience has been that when we were working in countries where the lighting was problematic, surgeons have had to come up with workaround solutions,” said Weiser. “Most pull out a flashlight or cell phone light or figure out some other kind of makeshift, stopgap measure.” Even when a hospital has a backup generator, it can take a solid 10 minutes for the power to kick back on, Weiser said. “Obviously, this is a huge safety problem,” he added. Often, even when the power is on, the overhead lighting is not enough, Weiser said. “In the United States many surgeons wear surgical headlights when they are operating. In the body cavity, you’re looking down a hole and want to be able to see clearly.” Lifebox has already made advances in anesthesia and infection reduction, Weiser said. And lighting seemed like an obvious place to look for improvements next, especially with the advent of cheaper, brighter LED lights. The availability of a good surgical light could have a major impact on patient safety in poorer countries, where more than 125 million operations are performed annually, the researchers note. These are places where electricity is unreliable in up to 30 percent of surgical facilities because of power cuts. Weiser and his co-authors estimate that at least 24 million patients annually are at risk of harm from the loss of lighting during surgery. The need is clear: 80 percent of surgeons in low- and middle-income countries have reported that their current lighting presents a patient safety risk and 18 percent say they have direct knowledge of a patient harmed because of poor surgical lighting, the team writes. To develop some specifications for a surgical headlight that would be useful and affordable for surgeons in poorer countries, Weiser and his colleagues first purchased eight LED lights that were currently on the market. They measured the illumination intensity at about 16 inches from the light source and tested maximum and minimum acceptable light intensity under conditions where there was no other light, ambient light and overhead surgical light at three hospitals in Ethiopia and one in the US. With that data and feedback from surgeons participating in the tests, the group came up with a set of specifications for an ideal surgical light. “It’s brilliant to focus on this one kernel that can change the safety of an operation,” said Dr. Rochelle Dicker, vice chair for surgical critical care at the University of California, Los Angeles, and founder of the Center for Global Surgical Studies. “The compelling thing is to realize that just by having proper lighting you could do safer surgery, and to realize that millions could have life-saving surgeries.” There are three basic needs that could make surgery so much safer in poorer countries, said Dicker, who wasn’t involved in the design project. “Water, so you can wash your hands; gloves that we take for granted in this country but not necessarily in those countries; and lighting,” she said. “When you’re operating in the body cavity sometimes it can be really hard to see. In a lot of places I have been, like Tanzania and Uganda, there are masonry structures that don’t allow a lot of natural light in.” A headlight such as the one Weiser and his colleagues have designed would be welcomed by surgeons in low- and middle-income countries, Dicker said. “I know my colleagues in Uganda that I’ve worked alongside for 12 years, if they saw these their eyes would pop. They would be so thrilled to be able to incorporate them.”