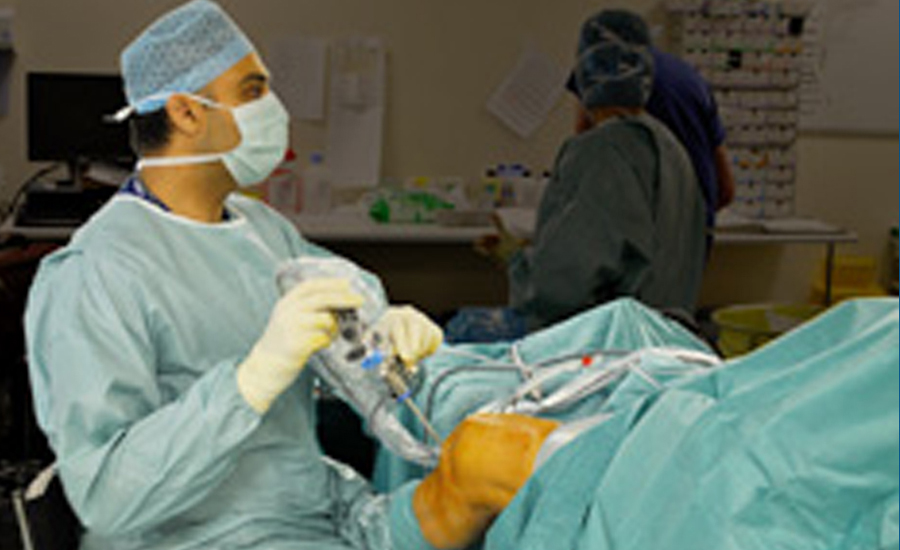 LONDON – Surgery won’t cure chronic knee pain, “locking,” “clicking,” a torn meniscus, or other problems related to knee arthritis, according to a panel of international experts.

Every year, more than two million people with degenerative knee problems have arthroscopic surgery, in which a surgeon inserts a tiny camera into the knee and uses small instruments to try to fix what’s wrong.

But guidelines published Wednesday in the British Medical Journal recommend against the procedure for just about everyone with knee arthritis.

“It does more harm than good,” Dr. Reed Siemieniuk, chair of the guideline panel, told Reuters Health by email. “Most patients experience improvement after arthroscopy, but in many cases, this is probably wrongly attributed to the surgery itself rather than to the natural course of the disease, a placebo effect, or (other) interventions like painkillers and exercise.”

In addition, the procedure is costly - up to $3 billion annually in the U.S. alone - and there’s a risk of rare but serious adverse effects such as blood clots or infection, said Siemieniuk, who works in the department of Health Research Methods, Evidence and Impact at McMaster University in Hamilton, Ontario, Canada.

The panel, made up of surgeons, physical therapists, clinicians and patients, analyzed data from 13 randomized controlled trials - the gold standard way to test medical procedures - involving a total of 1,668 patients. The trials compared knee arthroscopy to conservative treatments such as exercise and painkillers.

The panelists also reviewed 12 less-rigorous studies of close to two million patients that looked at complications from the procedure.

After considering the balance of benefits, harms and burdens of knee arthroscopy, as well as the quality of the evidence for each outcome, the panel made a “strong recommendation against arthroscopy.”

The evidence shows a less than 15 percent probability of “small or very small improvement in short-term pain and function” from the procedure, and improvements would likely last less than a year, the panelists noted.

They thought it was more important to avoid postoperative limitations such as pain, swelling and restricted activity, and the risk of adverse effects.

“Chronic knee pain can be incredibly frustrating to live with - both for the person experiencing the pain and for their doctors,” Siemieniuk said. “The problem is that none of the current options cure the pain. Most people will continue to live with some pain even with weight loss, physical therapy, and painkillers. Knee replacement surgery also has important limitations and should be delayed as long as possible. So it's no surprise that many placed their hopes in arthroscopic knee surgery.”

Still, he said, “We believe that no one or almost no one would want this surgery if they understand the evidence.”

If you have chronic knee pain, “double down on efforts for things we know work - for example, weight loss and physical therapy,” he advised. –Reuters