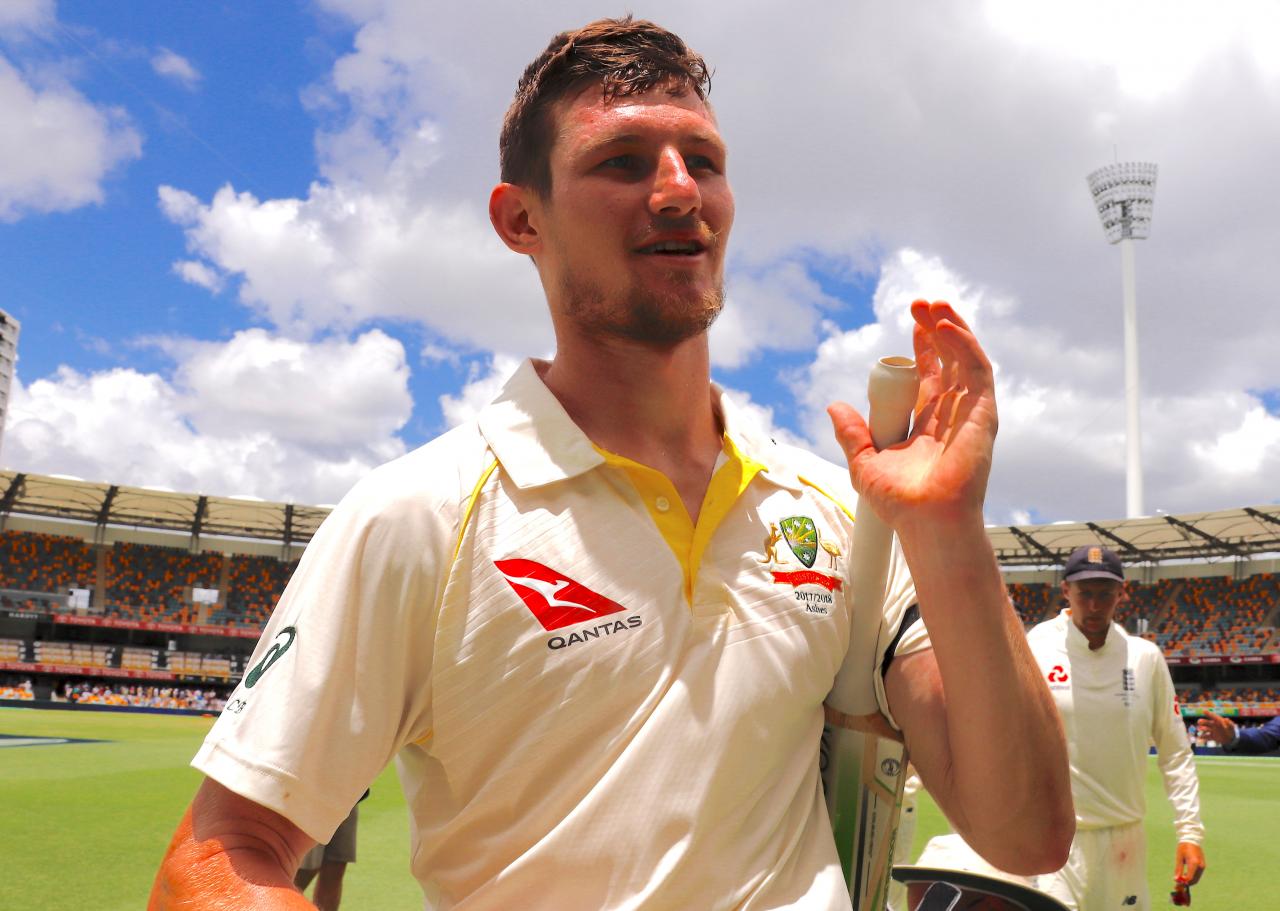 BRISBANE (Reuters) - Australia’s selectors endured a barrage of criticism for a trio of surprising picks in the Ashes squad but the hosts’ dominant 10-wicket win over England in the series-opener at the Gabba may have left them feeling more than a little vindicated. The selection of opener Cameron Bancroft, wicketkeeper Tim Paine and number six Shaun Marsh all looked to have backfired early in the series-opener but all three finished strongly in Brisbane to help Australia to victory and boost their confidence ahead of the second test in Adelaide starting on Saturday. Having replaced hometown favourite Matt Renshaw, Western Australian Bancroft had a nervous start to his test debut at the Gabba and was out for five after fishing at a Stuart Broad delivery in the first innings. The 25-year-old batted superbly in his second chance, however, putting on a record unbeaten opening partnership in a successful fourth-innings victory chase with David Warner, as they mowed down the 170-run target. Bancroft’s 82 was also the highest score by an Australian debutant in a fourth innings, replacing Norm O‘Neil’s 71 from 1958. He later endeared himself to the Australian media with his humorous account of being “headbutted” in a “weird” greeting by England wicketkeeper Jonny Bairstow at a Perth nightspot after the tourists’ arrival Down Under. The decision to bring in Paine for Matthew Wade left plenty bewildered, given he was not even keeping for state side Tasmania in the Sheffield Shield when he was recalled for his first test in seven years. Paine’s first day at the Gabba was largely forgettable as he grassed a nick behind from England number three James Vince off the bowling of spinner Nathan Lyon. He recovered well, however, with smart work to stump all-rounder Moeen Ali on day four, a wicket that triggered a middle order collapse and hastened England’s dismissal for 195. Marsh’s selection saw spin bowling all-rounder Glenn Maxwell discarded and the Western Australian batsman had a nightmare start to his eighth recall in tests. He clattered into pace spearhead Mitchell Starc in a fielding mishap, a clash that gave the Gabba crowd a scare when the bowler came off for treatment with a hole in his trousers and a cut on his knee. At the time, Maxwell was well on the way to a maiden double-century for Victoria in the Sheffield Shield. The 34-year-old Marsh later dropped a very gettable catch in the deep and was under huge scrutiny when he joined captain Steve Smith in the middle with their team teetering at 76 for four in their first innings. Marsh survived a number of nervy play-and-misses but remained to score 51, his eighth half-century, in a crucial 99-run stand with Smith that dug Australia out of trouble.