HAFIZABAD (92 News) – Police have on Monday apprehended several suspects of a gang including woman involved in extracting and selling bone marrow from girls and women in Hafizabad. As per details, City Police Station received a tip that a man namely Nadeem s/o Iqbal Ghafari who introduce himself as an employee of DHQ Hospital was running his illegal business of extracting and selling bone marrow from young girl and women at the house of Muhammad Aslam and his wife Amna Bibi. The gang approaches the family promising to help them prepare dowry for their daughter and making the financial assistance conditional on the ‘medical checkup’. The suspects told the family they would take a blood sample of the girl as part of the procedure and extract and sell bone marrow from the girls and women. Taking action on the information, police raided the house and detained several suspects including Amna Bibi and recovered syringes and other equipment, while Nadeem Iqbal, Irfan and Aslam managed to flee. Police have registered a case against the accused. Sources said that the Amna Bibi revealed that they have running the gang for a long time and extracted and sold bone marrows from over 92 girls and women. 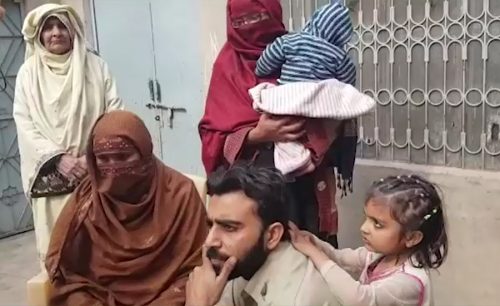