Sweden may expel up to 80,000 of last year's asylum seekers 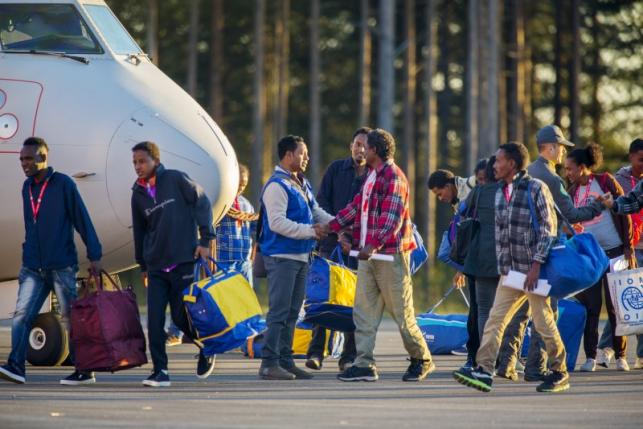 Sweden may expel up to 80,000 of last year's asylum seekers

STOCKHOLM - Sweden is preparing to deport up to 80,000 of last year's record number of asylum seekers, Interior Minister Anders Ygeman said in an interview with business daily Dagens Industri on Thursday.

Ygeman said he estimated about 60,000 to 80,000 of the 163,000 people who sought asylum last year would be expelled and either leave voluntarily or be forcibly deported.

The government fears many of those will go into hiding, Dagens Industri reported, and police are increasing their work to find and expel those.

"We have a big challenge ahead of us. We will need to use more resources for this and we must have better cooperation between authorities," Ygeman was quoted as saying.

This week, Prime Minister Stefan Lofven promised more resources for police to deal with the increased workload because of the refugee situation.

Sweden reversed its open doors-policy on immigration late last year and has introduced border controls and identification checks to stem the flow of asylum seekers. -Reuters