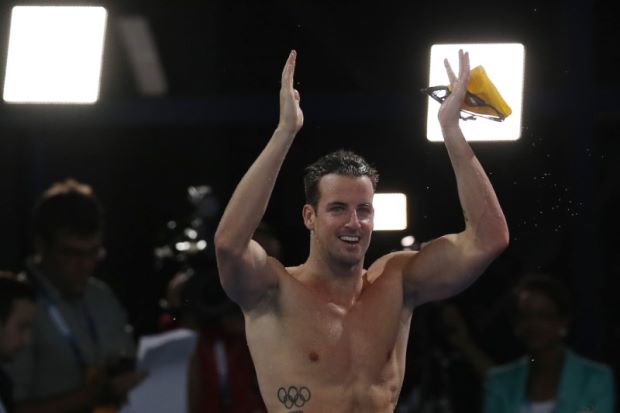 A strong Australia squad has yet to claim a swimming gold medal at the Budapest championships, winning a silver and bronze in the women's relays and none at all in the men's.

Twice world champion Magnussen, who helped Australia to an Olympic bronze in the 4x100 relay in Rio, decided to skip the meet to focus on next year's Commonwealth Games and has been unimpressed by the strategy deployed by the coaches.

"The relays are really confusing me this meet and they did again in Rio," Magnussen told Fox Sports TV on Saturday.

"The other countries are leading off with their fastest swimmers, putting leads on the rest of the field and then coming home strong to win the gold.

"In each of the relays so far Australia has failed to lead off with their fastest swimmers, have been behind from the first leg and have then failed to feature in the medals in a couple of those events."

The men's 4x100m team, which swam the second fastest time in the heats despite the absence of Magnussen and Olympic sprint champion Kyle Chalmers, was unable to get on the podium.

"It really does confuse me that ... we had Cameron McEvoy, our fastest swimmer, swimming the third leg and by the time it got to him we were already in fourth or fifth position," Magnussen added.

"There's not much you can do swimming in that, what we call, messy water when you're behind.

"So I'd like to see Australia lead off with out fastest swimmers and even if we don't win a medal, at least at the end of the race we could say 'we were in with a shot'."

"I’m sure there are swimmers within those teams that are frustrated with the order and selection of those relay teams and I’m sure they’d be feeling the same way I did last year at the Rio Olympics."