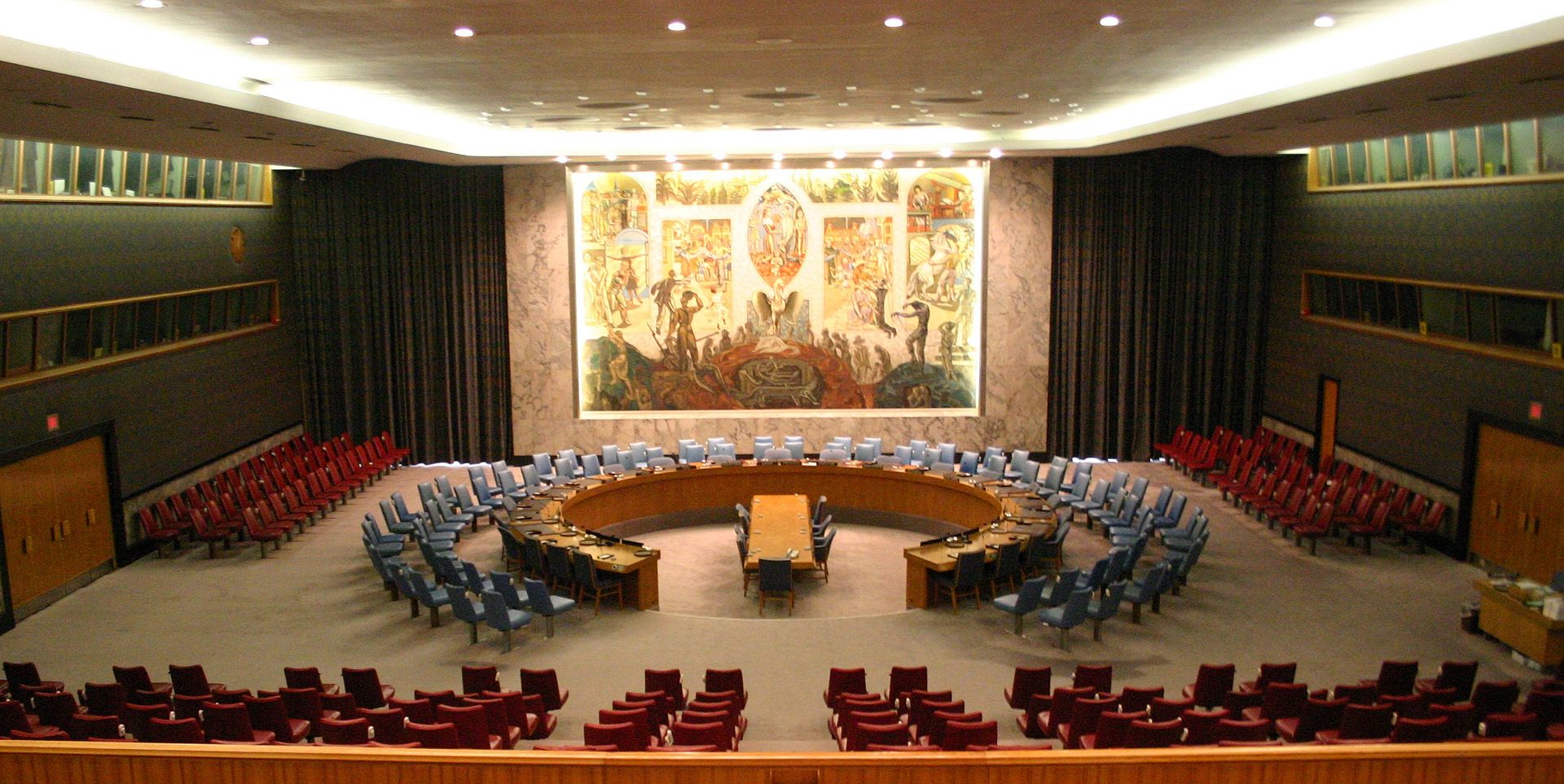 UNITED NATIONS - Members of the United Nations Security Council teared up on Thursday when Syrian doctors showed a video of failed attempts to resuscitate three children after a chlorine gas attack in March, prompting renewed calls for accountability. The children, aged 1, 2 and 3, their parents and grandmother were killed in the March 16 attack on Sarmin village in northwest Idlib province, said Dr. Mohamed Tennari, director of the field hospital where the family was taken. Government and opposition forces in Syria have denied using chlorine 'barrel bombs,' which the Organisation for the Prohibition of Chemical Weapons (OPCW) says are dropped from helicopters. The Syrian air force is the only party in the conflict known to have helicopters. Tennari, Dr. Zaher Sahloul, President of the Syrian American Medical Society, and Qusai Zakarya, a survivor of a sarin gas attack in Ghouta near Damascus in August 2013, briefed the informal closed meeting organised by the United States. US Ambassador to the United Nations Samantha Power said it was an "extremely unusual and very emotional meeting." She added: "If there was a dry eye in the room I didn't see it." Several others attending said many people cried. "Those people responsible for these attacks have to be held accountable," Power told reporters later. "If we don't act on this then others will believe that they can do this sort of thing with impunity and that would be a deplorable outcome," New Zealand's UN Ambassador Jim McLay told reporters. The Security Council failed last year to refer the civil war in Syria, now in its fifth year, to the International Criminal Court for possible prosecution of war crimes and crimes against humanity. Syrian ally Russia, backed by China, vetoed the move. The attack on Sarmin came 10 days after the 15-member council condemned the use of chlorine as a weapon in Syria and threatened to take action if it was used again. Chlorine is not a prohibited substance, but its use as a weapon is banned under the 1997 Chemical Weapons Convention, which Syria joined in 2013. A fact-finding mission of the OPCW is examining the Sarmin attack but it is not mandated to ascribe blame. Russia has said there would need to be strong proof of who is to blame for any chemical attacks before the council could take action. - Reuters