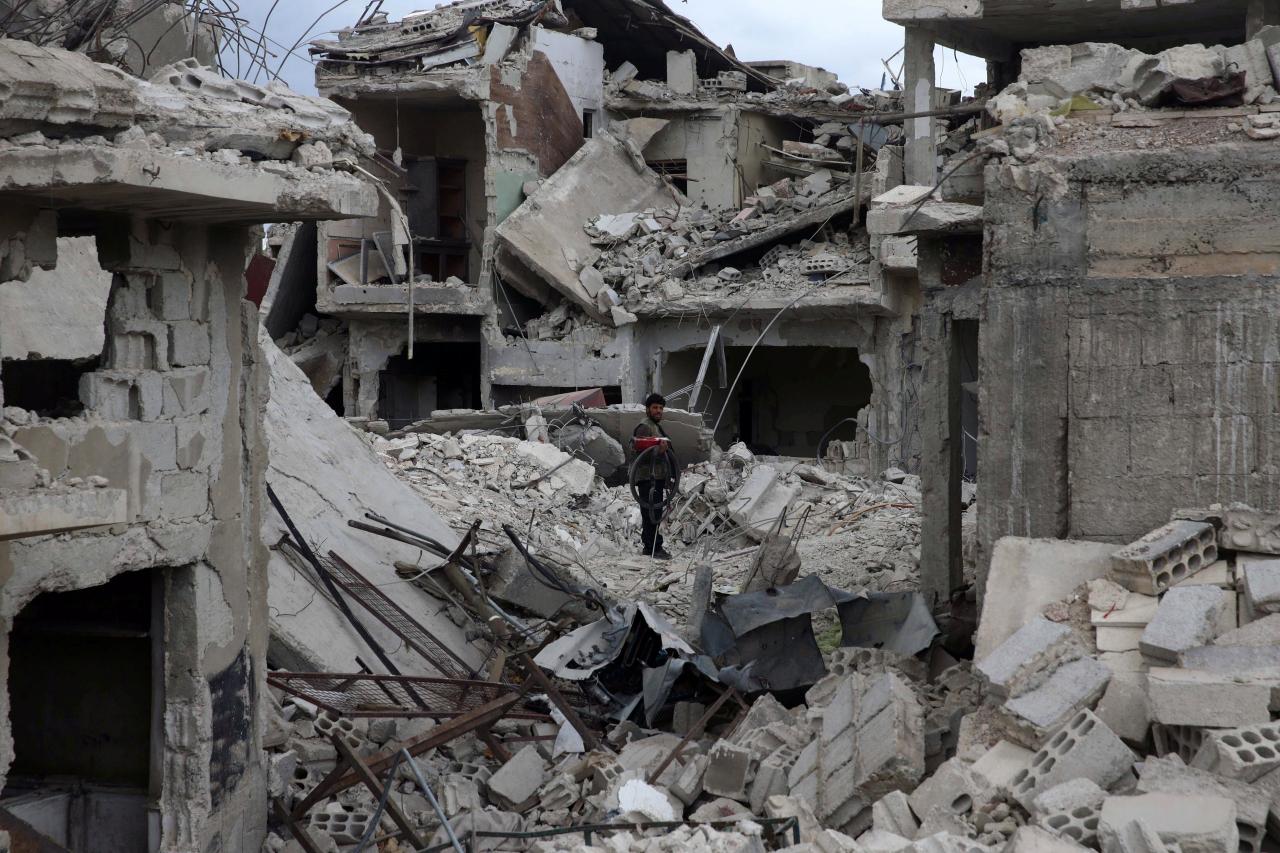 BEIRUT (Reuters) - A Syrian rebel group said on Friday that UN-mediated talks with Russia were “heading in the right direction” but denied it had agreed to evacuate the last insurgent-held enclave in eastern Ghouta. The town of Douma, controlled by the Jaish al-Islam rebel group, is the last patch of eastern Ghouta still held by insurgents who have been routed in a ferocious offensive by the Russian-backed Syrian military that began in February. Its recovery would seal a major victory for President Bashar al-Assad, crushing the last big rebel stronghold near Damascus seven years into a conflict that has killed hundreds of thousands of people and displaced millions. Thousands of people - fighters from other rebel factions, their families and other civilians - have been leaving for northwestern Syria from other parts of eastern Ghouta in convoys of buses that have been given safe passage to Idlib province. Jaish al-Islam has so far refused such an evacuation, saying it amounts to forced demographic change by Assad and his allies. The Russian news agency Interfax quoted the Russian military’s general staff as saying it had reached agreement with insurgents in Douma to leave, without saying where they would go. “Agreement was reached today with the leaders of illegal armed groups on the departure in the near future of the rebels and their family members from the town of Douma,” it cited Sergei Rudskoy, an official with the general staff, as saying. The Jaish al-Islam military spokesman quickly denied the report. “Our position is still clear and firm and it is rejecting forced displacement and demographic change in what remains of eastern Ghouta,” Jaish al-Islam military spokesman Hamza Birqdar said in a message posted on his Telegram feed. But Mohammad Alloush, the group’s political official, said the talks over Douma were moving in the right direction and the “chances (of agreement) are getting stronger day after day”. Alloush, who is based outside Syria, made the comments in a report whose accuracy he confirmed to Reuters. Douma is surrounded by Syrian government forces. There are tens of thousands of civilians in the town. Syrian state TV said a deal had nearly been reached for Jaish al-Islam to leave Douma to the Idlib, citing preliminary information. The government offensive in eastern Ghouta has killed more than 1,600 civilians, the Syrian Observatory for Human Rights says. It said a total of 144,000 people have now been displaced from eastern Ghouta. While thousands have gone to rebel-held territory near the Turkish border, the bulk of the displaced have fled the fighting to shelters in government-held areas near eastern Ghouta.