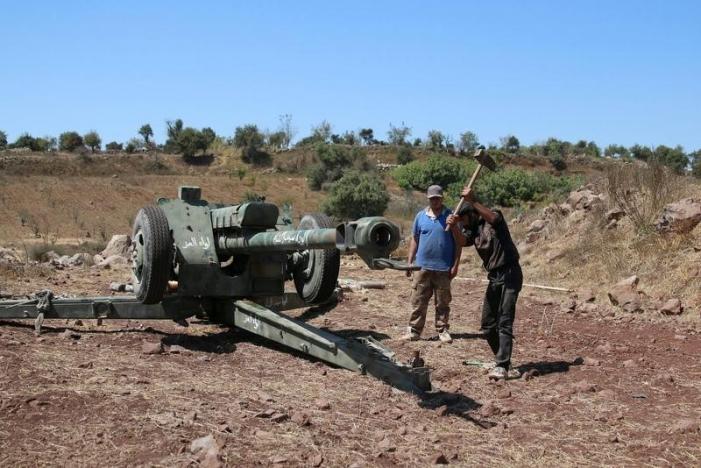 BEIRUT - A nationwide ceasefire brokered by the United States and Russia was mostly holding across Syria on Tuesday and efforts to deliver badly needed aid to besieged areas including the northern city of Aleppo got cautiously underway. Syrian state media said armed groups had violated the truce in a number of locations in Aleppo city and in the west Homs countryside on at least seven occasions on Tuesday. The Syrian Observatory for Human Rights said pro-government forces had shelled near two villages in the south Aleppo countryside and a neighbourhood on the outskirts of Damascus. But there were no reports of deaths or injuries. The Russian military, which sent reconnaissance equipment to detect and suppress attempts at violations, said the ceasefire had largely been observed in Aleppo. Around 20 trucks carrying aid crossed into northern Syria from the Turkish border town of Cilvegozu, some 40 km (25 miles) west of Aleppo, a Reuters witness said, although with security a concern it was not clear how far into Syria they would go. A Turkish official said they were mostly carrying food and flour. The Syrian government said it would reject any aid deliveries to Aleppo not coordinated through itself and the United Nations, particularly from Turkey, Syrian state media reported. The U.N. said its trucks had not yet entered Syria and that it was still awaiting confirmation that the ceasefire was holding before sending in its own convoy. "We are waiting for this cessation of hostilities to actually deliver the assurances and the peace before trucks can start moving from Turkey. As I speak, that has not been the case," Jens Laerke, spokesman for the U.N. Office for the Coordination of Humanitarian Affairs, said in Geneva. "We need to enter an environment where we are not in mortal danger as humanitarian organizations delivering aid," he said. -Reuters