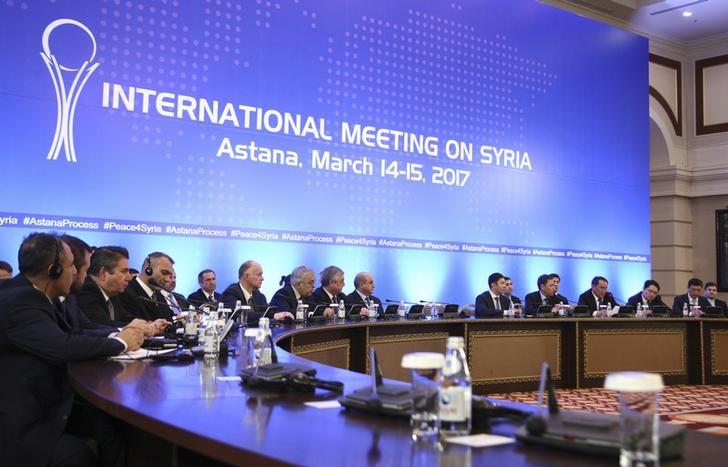 ASTANA - The Syrian armed opposition will return on Thursday to the talks on settling the Syrian conflict which are being held in the Kazakh capital Astana, RIA news agency quoted a source close to the negotiations as saying.

A diplomatic source told Reuters in Astana that the rebel delegation had not yet arrived at the venue.

The Syrian armed opposition said on Wednesday it had suspended its participation in the peace talks and demanded an end to government bombing of areas under its control. -Reuters