Syrian opposition yet to decide on talks, awaits answers from UN's Ban 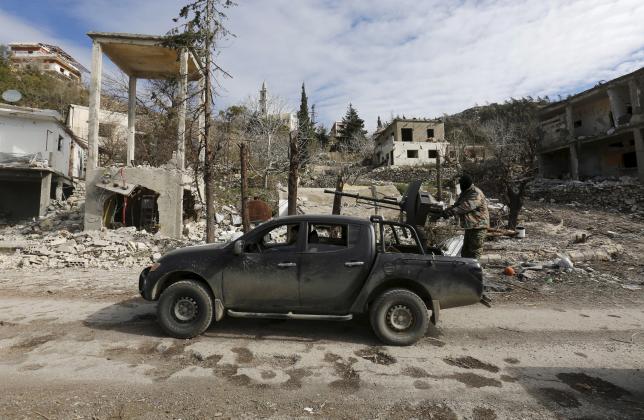 Syrian opposition yet to decide on talks, awaits answers from UN's Ban

BEIRUT – Syria's opposition is waiting for a response from U.N. Secretary General Ban Ki-moon over its demands including an end to bombardments and blockades after Syria envoy Staffan de Mistura told them implementation was beyond his powers, a source said.

The Syrian opposition has said it wants such steps implemented before the start of negotiations, which the United Nations aims to convene on Friday in Geneva in an indirect format. The opposition has yet to say whether it will attend.

The source, familiar with an opposition meeting in Riyadh, said de Mistura had answered the opposition saying implementation of the resolution was "beyond his authority" and that they were now awaiting a response from Ban.

The source declined to be identified because he is not a spokesman for the High Negotiations Committee.

The demands are also points set out in a U.N. Security Council resolution passed last month.

The source said the opposition had received de Mistura's response late on Wednesday and that it was "somewhat positive". De Mistura said implementation of the resolution was not up to him but to the states that signed it, the source added.

Preparations for the Geneva talks, already postponed from Monday to Friday, have been beset by problems, including a dispute over who should represent the opposition.

The diplomatic push by the United Nations and world powers comes as Syria's conflict nears its fifth year. Some 250,000 people have been killed and more than 11 million displaced in the conflict. –Reuters