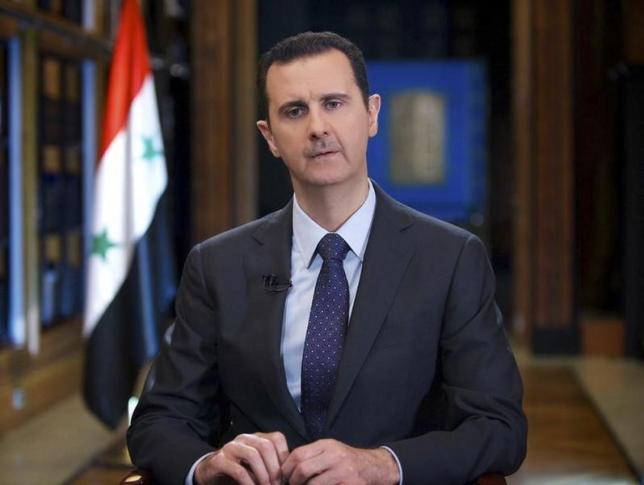 WASHINGTON- President Bashar al-Assad of Syria dismissed as "malicious propaganda" allegations that his troops used chlorine gas in the fight against insurgent rebels, according to an interview broadcast on Friday on CBS "This Morning." Asked about allegations Syrian government forces have used chlorine gas and barrel bombs, Assad said: "Let me fully answer this. It's very important. This is part of the malicious propaganda against Syria. First of all the chlorine gas is not military gas. You can buy it anywhere." The Syrian president has been fighting Islamist and other rebels since 2011. Syria agreed in 2013 to destroy its entire chemical weapons program under a deal brokered with the United States and Russia after hundreds of people were killed in a sarin gas attack on the outskirts of the capital, Damascus. In the interview excerpt, Assad did not explicitly deny that his forces used the gas, but emphasized that chlorine was not fit for military use. "It's not very effective. It's not used as military gas. That's very self-evident. Traditional arms is more important than chlorine," he told CBS. "And if it was very effective, the terrorists would have used it on a larger scale." Secretary of State John Kerry said last week the United States was deeply disturbed by reports that Syrian government forces attacked the town of Sarmin using chlorine as a weapon. In another portion of the CBS interview released on Thursday, Assad said he was open to dialogue with the United States. The full interview will be broadcast on Sunday on CBS' "60 Minutes." - Reuters