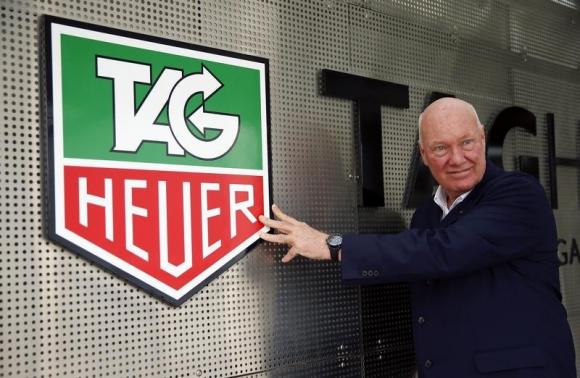 BASEL, SWITZERLAND - Tag Heuer, French luxury group LVMH's (LVMH.PA) biggest watch maker, said it will launch a smartwatch later this year using Google Inc's (GOOGL.O) Android operating system in a venture with Intel Corp (INTC.O) to compete head-on with the Apple Watch. Tag Heuer Chief Executive Jean-Claude Biver declined to give any details about pricing, functionality or design, but said on Thursday that it aimed to launch what would be the first Android luxury smartwatch in the fourth quarter. The Apple Watch is due to go on sale on April 24 and will range in price from $350 to $17,000 for an 18-karat gold model. It is the company's first major new product in five years and consumer demand for the device is being closely watched by competitors and investors. The watch needs an Apple iPhone to work fully, and analysts say the most likely pool of initial buyers will already have an Apple smartphone in their pockets. "We believe wearable technology will take off as it represents who you are and how you want to be seen," Michael Bell, vice president of Intel's New Devices unit, said at a joint news conference with Tag Heuer at the Baselworld watch and jewelry fair. Intel already struck partnerships with several consumer goods companies last year to develop smart wearable products, including eyewear brand Oakley, owned by Luxottica (LUX.MI), watchmaker Fossil (FOSL.O), and U.S. fashion brand Opening Ceremony. "Smartwatches are turning out to be the hottest news coming out of the Baselworld luxury goods show," Ben Wood, chief of research at CCS Insight, said. "With Apple Watch hitting the market it's no longer viable for Swiss watchmakers to bury their heads in the sand. Now Tag Heuer has signaled its intention to enter the smartwatch market we are certain others will follow." - Reuters