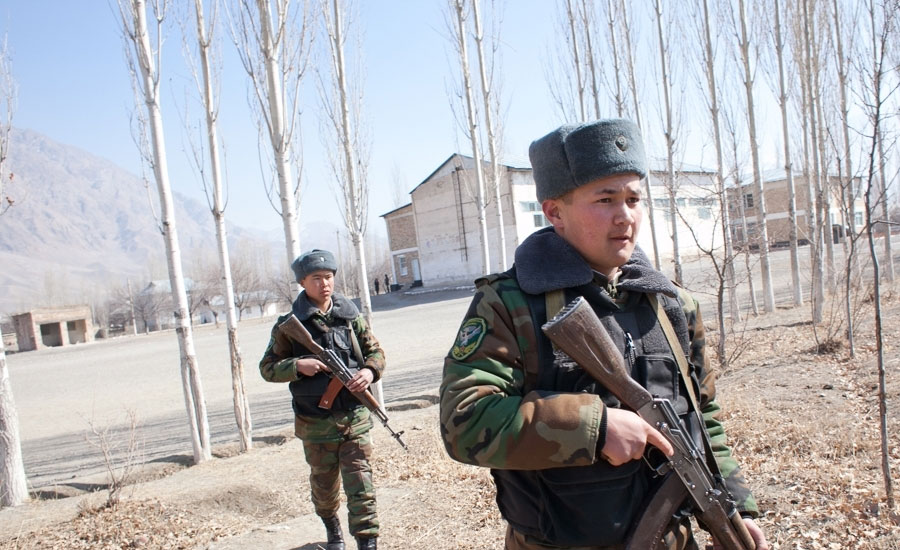 (AFP) - At least one person died and 18 others were wounded after clashes erupted on Thursday between the militaries of Kyrgyzstan and Tajikistan at a disputed section of the Central Asian nations’ border.

Kyrgyzstan’s health ministry said in a statement that there were 17 casualties in the clashes, including “one fatality”.

Tajikistan’s security committee said two of its citizens had been injured, with one in serious condition.

The fighting followed a reported conflict over water infrastructure at the frontier between the two countries, which have had a series of border disputes since gaining independence with the 1991 collapse of the Soviet Union.

More than a third of the border is disputed, with the area surrounding the de-facto Tajik exclave of Vorukh, where Thursday’s conflict erupted, a regular point of clashes over territory and access to water.

Kyrgyzstan’s national security committee said that the Tajik side “deliberately provoked a conflict” at the border.

“Shooting has begun between the military units of the (two countries). According to preliminary information, the Tajik side is setting up positions for mortar fire,” the committee said.

Tajikistan’s security committee accused Kyrgyz servicemen of “opening fire on Tajik troops at the site of the Golovnaya water distribution point, located in the upper reaches of the Isfara River.”

Its national security committee said two people had been admitted to hospital with gunshot wounds, one of whom was in a serious condition.

It said Kyrgyz and Tajik civilians had on Wednesday become embroiled in a conflict over river infrastructure.

Seven Tajik nationals were injured after Kyrgyz threw stones at them, it said.

Border disagreements between the three countries that share the fertile Fergana Valley — Kyrgyzstan, Tajikistan and Uzbekistan — have their roots in border demarcations during the Soviet Union.