Takeda joins effort to develop Zika vaccine with US funding 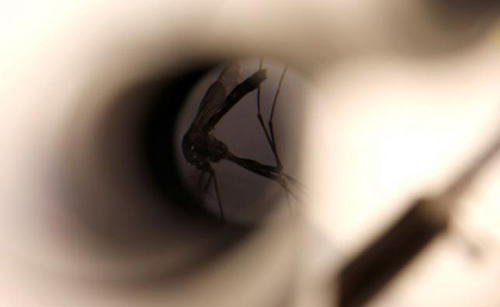 Takeda joins effort to develop Zika vaccine with US funding

TOKYO - Japanese drugmaker Takeda Pharmaceutical Co said it is developing a vaccine to prevent the Zika virus, which has been linked to severe birth defects, and has secured funding from a US government agency. Takeda, which is also working on vaccines for other mosquito-borne viruses such as dengue, said it would initially receive nearly $20 million over the next 18 months to fund pre-clinical research and manufacturing in preparation for early human trials. The contract is with BARDA, the US Biomedical Advanced Research and Development Authority, a unit within the US Department of Health and Human Services. It calls for funding of up to $312 million if the agency deems the vaccine worthy of moving through late stage testing and filing for approval, the company said. Takeda has been conducting preclinical testing for several months and hopes to begin Phase I trials in healthy volunteers in the second half of 2017, Rajeev Venkayya, head of global vaccines for Takeda, said in a telephone interview. The company said it was also in discussions with the Japanese government on its possible participation in the Zika collaboration. The Takeda vaccine will utilize inactivated, or killed, whole Zika virus to promote an immune response, Venkayya said. The vaccines now in early human testing are DNA-based and contain no actual virus. "To help protect people from Zika in the US and abroad, we are aggressively pursuing the development of promising vaccine candidates around the world," Richard Hatchett, acting director of BARDA said in a statement. BARDA said that including the Takeda funding, it has so far committed $76 million to help develop Zika vaccines, diagnostics, blood screening tests and other technologies to fight the virus. Takeda joins several companies and government agencies in efforts to develop a vaccine against the virus that has spread across the Americas since the current outbreak was first detected last year in Brazil. In recent weeks, US authorities determined that local mosquitoes were transmitting Zika in an area of south Florida, while the US territory of Puerto Rico has experienced a widespread outbreak. More recently, Singapore identified a local outbreak. On Thursday, officials in Florida said they had trapped in the Miami area the first mosquitoes that tested positive for Zika in the continental United States. There is an urgent need to develop a vaccine for the virus, which in pregnant women can cause the rare birth defect microcephaly. This can lead to serious developmental problems, and has been linked to severe fetal brain abnormalities. While the virus is primarily transmitted by mosquitoes, Zika can also be transmitted through unprotected sex with an infected person. Inovio Pharmaceuticals (INO.O) and the US National Institutes of Health have already begun human trials of vaccine candidates. -Reuters