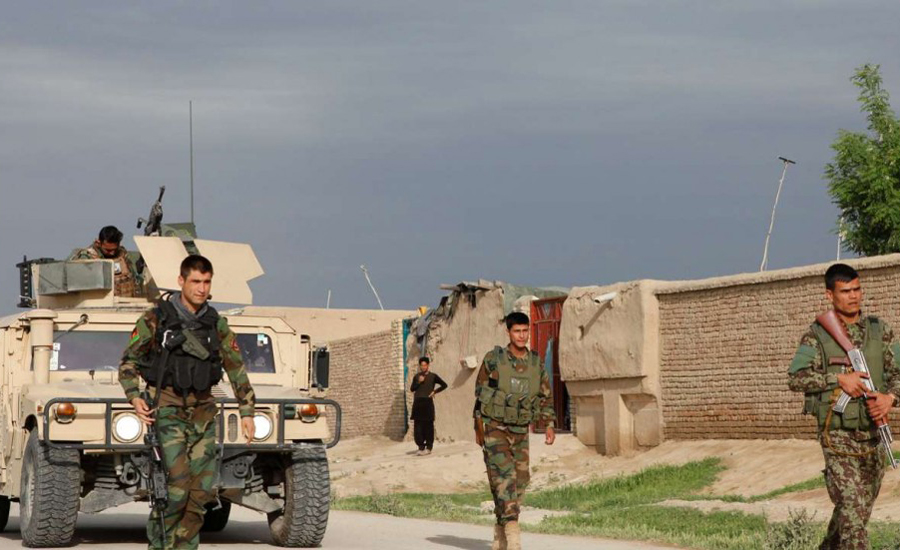 KANDAHAR, Afghanistan (Reuters) - Taliban fighters killed 26 soldiers and wounded 13 others in an attack on an army base in the southern province of Kandahar, the defense ministry said on Wednesday, as heavy fighting raged across the country.

Officials said the Taliban had attacked overnight an outpost in Khakriz district, to the north of Kandahar city, seizing the outpost and capturing weapons and vehicles. Troops later recaptured the post.

The attack came after days of fierce fighting across Afghanistan and underlined the steadily deteriorating security in much of the country, which has also seen a string of high profile attacks in cities including the capital Kabul.

As security has worsened, the Swedish Committee for Afghanistan, which runs medical clinics and educational activities, said it had been forced to close 20 clinics and its health management office in Laghman province, east of Kabul following threats from armed opposition groups.

While the fighting has intensified, the United States, which is expected to send around another 4,000 troops to Afghanistan to bolster its existing training mission, is still to announce its new strategy for the region.

The Taliban, fighting to restore Islamic rule to Afghanistan 16 years after being driven from power by a U.S.-led campaign, controls or contests at least 40 percent of the country, inflicting what U.S. advisers say are unsustainable casualties on Afghan security forces.

In the first 10 months of last year alone, some 6,785 soldiers and police were killed.

On Wednesday, the Taliban's main spokesman said the insurgents were close to taking Waygal district in the eastern province of Nuristan, a day after they took Jani Kheil district in Paktika province, further to the south.

Over the past week, the insurgents have also taken districts in Ghor province in the west and Faryab in the north, although the defense ministry said government forces had retaken Kohistan district in Faryab.

Kunduz, the northern city which the Taliban captured briefly in 2015 and managed to enter in 2016, has also been under heavy pressure.
U.S. advisers say that Afghan security forces, fighting largely alone since a NATO-led coalition ended its main combat mission in 2014, have made progress but still rely too much on vulnerable checkpoints exposed to Taliban attack.