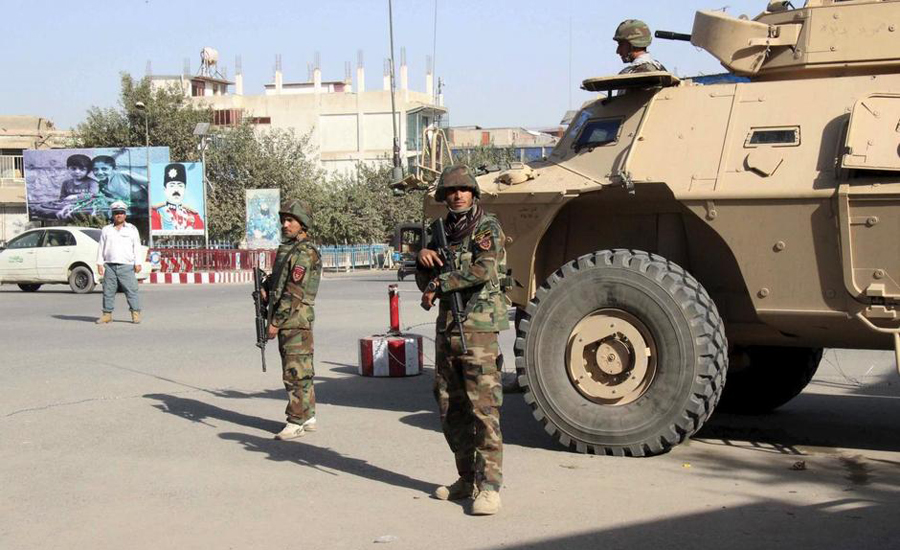 KABUL (Reuters) – The Taliban said their fighters killed a US service member in Afghanistan on Monday and posted photographs of a blood-soaked backpack and the identity card of a American soldier to prove it. The US military said in a statement an American service member was ‘killed in action’, but gave no details and withheld the name of the service member until the next of kin were informed. Zabihullah Mujahid, a spokesman for the Taliban, said they killed the US force member in a blast in the northern province of Kunduz. “Our fighters killed a US force member and injured an Afghan commando,” Mujahid said in a text message, which included the photographs. About 20,000 foreign troops, most of them American, are in Afghanistan as part of a US-led NATO mission to train, assist and advise Afghan forces. Some US. forces carry out counter-terrorism operations against Islamist militant groups. More than a dozen foreign force members have been killed in Afghanistan in 2019. The United States has been in negotiations with Taliban militants over the past year on a deal under which the United States could withdraw its forces from its longest war in exchange for Taliban security guarantees. This month, US negotiators said they would take a break from the talks after the insurgents launched a suicide attack on a large US base. Afghan government forces, supported by the US military, have recently stepped up operations against the Taliban in Kunduz. The Taliban control more territory than at any point since they were ousted from power in 2001.