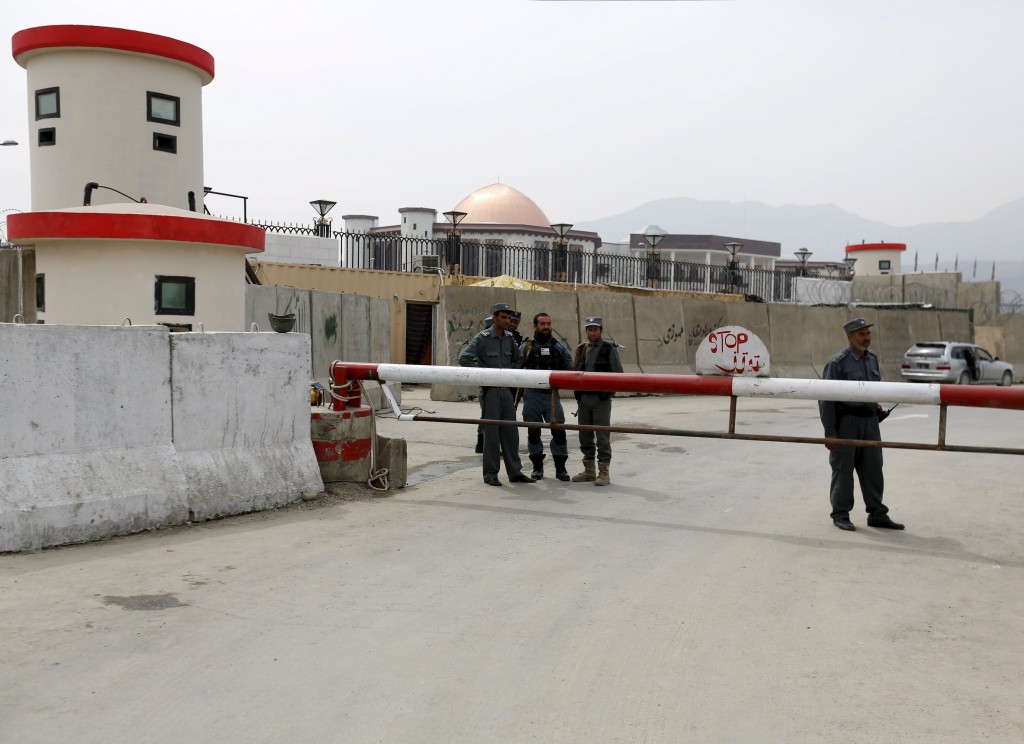 KABUL - Rockets fired by Taliban fighters struck the compound of Afghanistan's new parliament on Monday as the country's top intelligence official and caretaker minister of interior prepared to address the assembly. Lawmakers said no one was reported wounded, contradicting Taliban spokesman Zabihullah Mujahid who said the militants' attack had caused heavy casualties. "Three rockets were fired at the parliament but they did not hit the main building," said Safiullah Muslim, a lawmaker from Badakhshan province. "It happened when the session was ongoing." A senior security official told Reuters that three long-range rockets were fired from a hilltop several hundreds metres from the parliament building. The Taliban released an emailed statement along with several photographs of the attack which appeared to show a smoke rising from near the parliament in a western neighbourhood of the capital Kabul. In another photo, a small hole, and a damaged wall, apparently caused by the rockets could be seen. "There was a clear negligence of duty and I am going to task security officials to provide tight security in and around the parliament," Taj Mohammad Jahid, the caretaker Minister of Interior told lawmakers. -Reuters