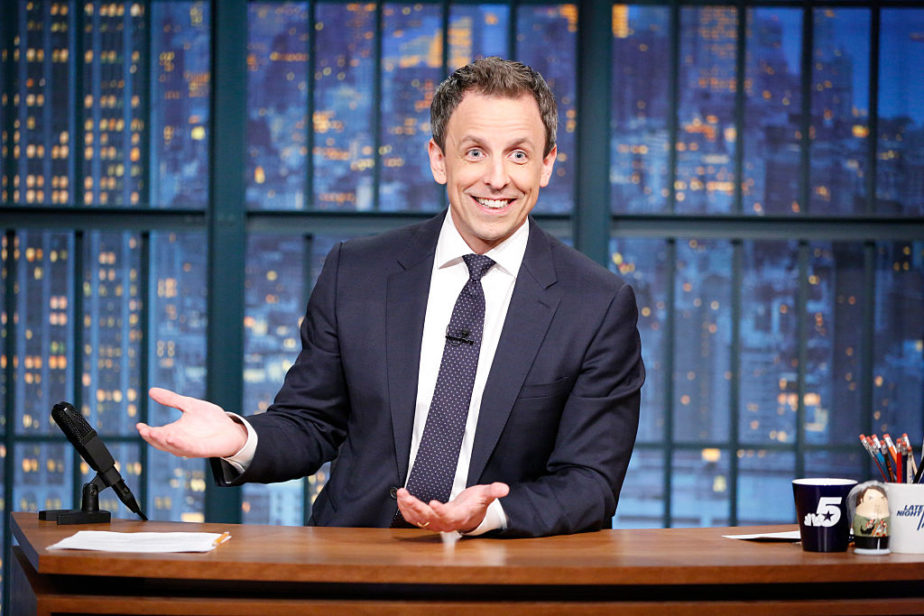 It will be the first Golden Globes hosting gig for Myers, 43, whose “Late Night with Seth Meyers” airs on NBC CMSCA.O.

The Golden Globes ceremony, an informal and boozy dinner attended by hundreds of A-list stars, is one of the biggest in the Hollywood awards season that culminates with the Oscars in March.

The 2018 ceremony will take place on Jan. 7 in Beverly Hills and will be broadcast live on NBC, the Hollywood Foreign Press Association, which votes on the awards, said in a statement.

Robert Greenblatt, chairman of NBC Entertainment, said in a statement that Meyers ”will be taking a closer look at this year’s best movies and television with his unique brand of wit, intelligence, and mischievous humour.”

Meyers began his television career on satirical sketch show “Saturday Night Live” in 2001 and was a cast member for 13 seasons, serving as head writer for nine seasons.