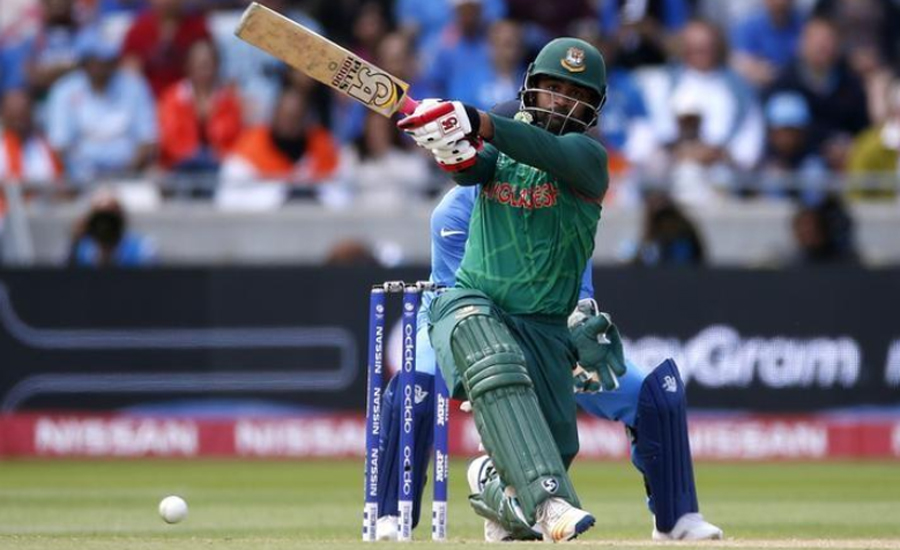 LONDON (92 News) - Bangladesh opener Tamim Iqbal has said that his team will be ready for some chin music, when they face West Indies in Taunton on Monday, 17 June.
Tamim hasn't had the best of starts at the ICC Men's Cricket World Cup 2019, having managed scores of 16, 24 and 19 in his first three outings. However, the left-handed opening batsman believed that there will be enough opportunities to score runs, if West Indies employ short-ball tactics, as they have done so far in the tournament.
"We normally try to simulate in the nets what our opponents are likely to do," Tamim said. "They [West Indies] usually target us with the short ball, but they do the same against all sides in the first 10 to 15 overs. They also give run-scoring opportunities. We have to prepare for both, that's why we are working hard in practice. "We want to make sure it is not a surprise for us. We have an idea about their batsmen and bowlers, but I have noticed their different planning in the World Cup. It is not the same thing that we faced in Ireland or West Indies. They are focusing heavily on the short ball, but if you handle it well, there'll be opportunities to score runs." Tamim, who lost his wicket trying to execute the pull-shot against Mark Wood and Lockie Ferguson in his last two innings, believed that the recent experience against West Indies, whom Bangladesh beat thrice in the Ireland tri-nation series before the tournament, will come in handy. "The first three bowling attacks I played against in this World Cup [South Africa, New Zealand and England], all were more or less equal. West Indies have pace, three bowlers who bowl above 140. The good thing is we have played all three in the last year-and-a-half," he said. Tamim, the leading run-scorer for Bangladesh in ODI cricket, has been a regular feature of the setup, averaging 51.39 in ODI cricket since the start of 2015, and he hoped to be able to score big if he gets a good start. "In the last three matches, I started to play what was required in the first five to seven overs, but somehow, when everything was under control, I gave away my wickets, and that was disappointing because usually it does not happen. I am hopeful if I can get a good start I will be able to do well."