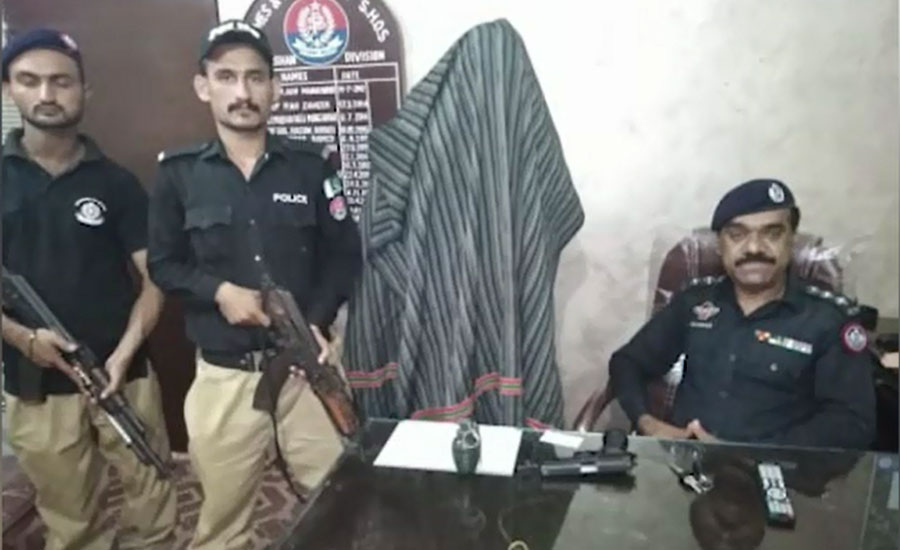 KARACHI (92 News) – PIB Colony Police Station Karachi claimed on Monday to have arrested a suspected target killer affiliated with a political party during a raid. A police official said the suspect, identified as Zeeshan Haider renowned as Kala, was involved in the target killing of 16 people, including arson heinous crimes, attacks and extortion. The hand grenade and pistol was recovered from the criminal suspect. On the other hand, the search operations are being conducted at Shah Faisal Colony and surrounded areas. The entrance and exit point of the area has been closed.

Earlier, the Counter Terrorism Department (CTD) took a big action against criminals and arrested six target killers, who involved in the murder of 50 people, in Karachi. According to the reports, the CTD conducted raids in different areas of the metropolis. During the CTD raids, the six target killers were arrested who belonged to banned outfits. The security agencies also recovered hand grenades, bullets and weapons from their possession. Deputy Inspector General (DIG) of Police Abdullah Shaikh said that the accused took the shelter in neighbor country after the criminal activity in Pakistan. He further said that the joint investigation team will be constituted for investigations. On March 4, the CTD apprehended four target killers in former Muttahida Qaumi Movement-Pakistan (MQM-P) lawmaker Syed Ali Raza Abidi’s murder case. Updating about the major development in Ali Raza Abidi’s murder case, CTD’s Senior Superintendent of Police (SSP) Naveed Khawaj informed that they had arrested at least four suspects, who were involved in the target killing, from different areas of Karachi. The police officer also said that geo-fencing helped detect a suspect, Farooq, who was arrested today in the metropolis. Farooq identified three more suspects involved in the murder.