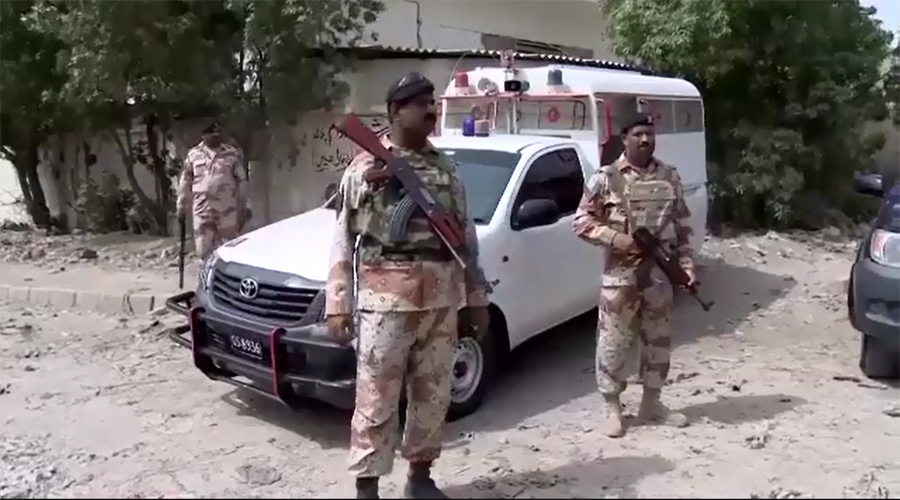 KARACHI (92 News) – Sindh Rangers have on Wednesday nabbed five accused during a raid in different areas of Karachi. As per details, Sindh Rangers carried out raids in Malir, Liaqatabad and Ittehad Town and arrested five criminals. The arrested criminals include Lyari gang war criminal, two drug peddlers and two dacoits. The paramilitary forces have also recovered weapons and ammunitions from the possession of arrested accused. On the other hand, a target killer was detained during a raid in Mobeena Town area. The arrested target killer Bakht Alam alias Langra blonged to a political party and was declared a proclaimed offender by the Anti-Terrorism Court (ATC).