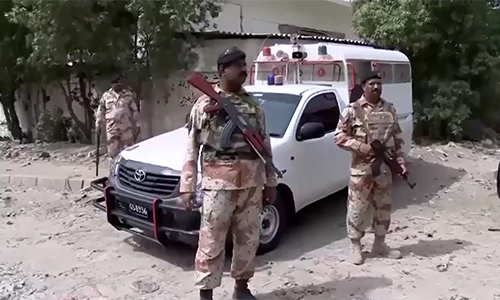 KARACHI (92 News) – At least three persons including two target killers were apprehended during a raid carried out by the Rangers in Karachi’s Baldia Town area on Monday. As per details, on a tip off, Sindh Rangers conducted raid in Karachi’s Baldia Town area and detained three suspects including two target killers. One of the arrested suspect belonged to banned Balochistan Liberation Army (BLA). The law enforcers have also recovered weapons from the possession of arrested suspects. On the other hand, four people were arrested during snap checking.