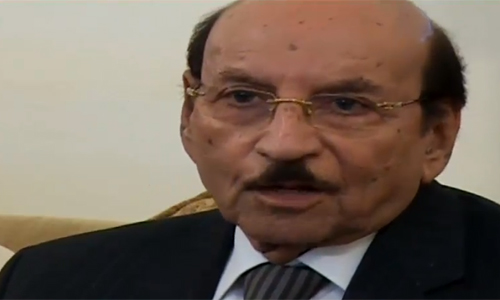 KARACHI (92 News) – Sindh Chief Minister Syed Qaim Ali Shah has said that target killing has reduced by 60 percent after the Karachi operation. Addressing a press conference at Governor’s House on Thursday, he said that law and order was the biggest problem of Sindh. “We had demanded Rs 10 billion before the Karachi operation, but the amount has not been given. But we gave the money to Rangers and police from the development funds.” The Sindh chief minister added that the Karachi operation has yielded better results. “The police have played an important role in the operation.” He said that military courts have been established so that the cases should be decided within a week. “We have so far sent 64 cases to military courts,” he disclosed. Qaim Ali Shah said that they were not expecting the arrest of the Shikarpur tragedy so early. He said that the powers have been given to Rangers under the Ordinance.