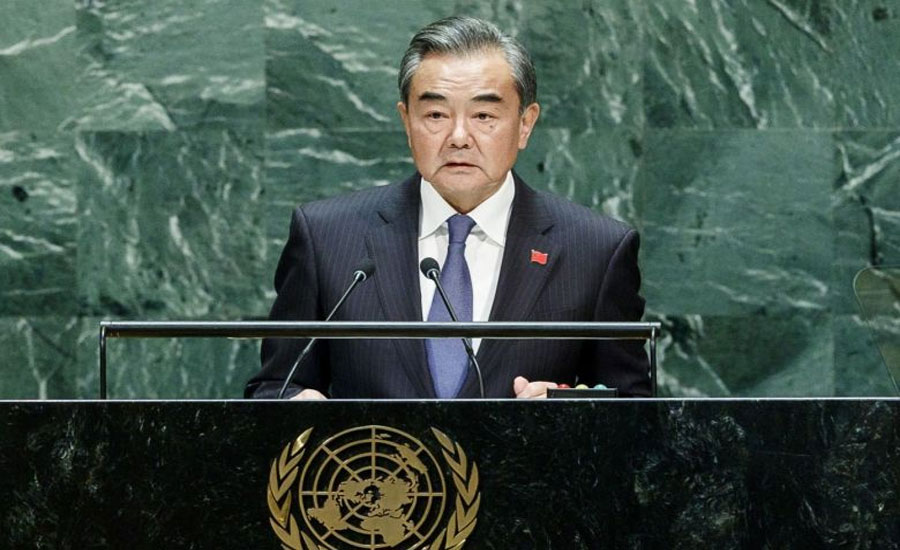 UNITED NATIONS (Reuters) - China’s top diplomat said on Friday that tariffs and trade disputes could plunge the world into recession and Beijing was committed to resolving them in a “calm, rational and cooperative manner.” In speech to the annual United Nations General Assembly, State Councillor and Foreign Minister Wang Yi said: “Erecting walls will not resolve global challenges, and blaming others for one’s own problems does not work. The lessons of the Great Depression should not be forgotten.” "Tariffs and provocation of trade disputes, which upset global industrial and supply chains, serve to undermine the multilateral trading regime and global economic and trade order," he said. "They may even plunge the world into recession," the foreign minister added. His comments come amid an intense showdown with US President Donald Trump, who has slapped tariffs on the world's second largest economy over what he calls unfair practices and intellectual property theft. Multiple media accounts on Friday said that the row could again escalate sharply with Trump considering drastic measures such as delisting Chinese companies on US stock markets or trying to block US investment in China. Wang made clear that China would retaliate for any further measures. "China is committed to resolve (disputes) in a calm, rational and cooperative manner and is willing to demonstrate utmost patience and goodwill," Wang said. "Should the other side act in bad faith, or show no respect for equal status or rules in negotiations, we will have to make necessary responses to safeguard our legitimate rights and interests and to uphold International justice," he said. Representing China on the international stage, Wang vowed firmness. "Let me make it very clear: China is a country with a 5,000-year civilization, 1.4 billion hardworking and courageous people, and a vast land of 9.6 million square kilometers. China will not ever be (cowed) by threats, or subdued by pressure," he said. He made little direct reference to the United States but suggested that Trump was driven by domestic politics. "Erecting walls will not resolve global challenges, and blaming others for one's own problems does not work," he said. ADDITIONAL INPUT FROM AFP