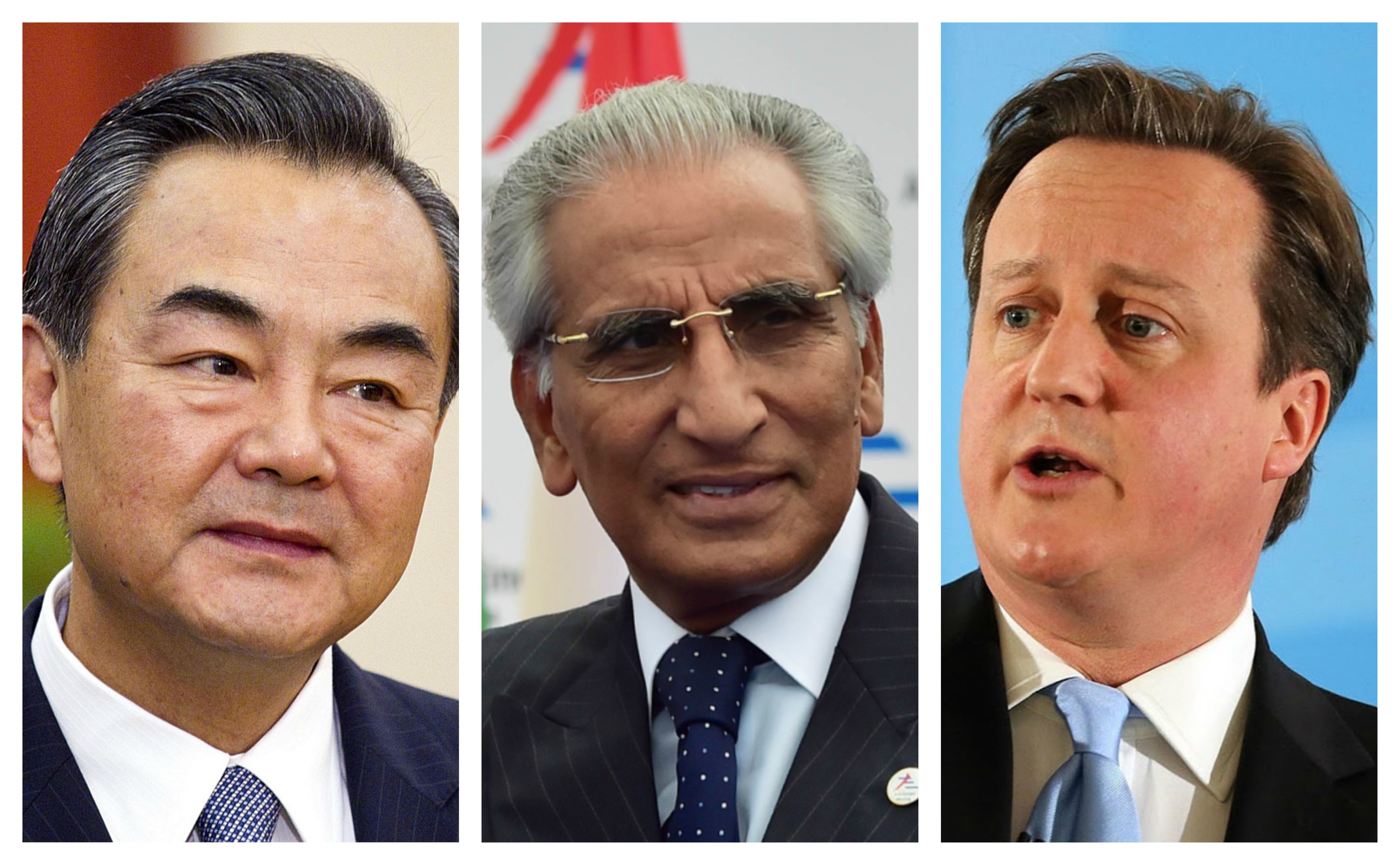 WASHINGTON (92 News) – Special Assistant to the Prime Minister on Foreign Affairs (SAPM) Tariq Fatemi has on Friday held bilateral meetings with the Chinese Foreign Minister and British Prime Minister David Cameron and agreed to further strengthen bilateral relations. During the meeting, British Prime Minister David Cameron expressed regret over the loss of precious lives in suicide blast at Gulshan-e-Iqbal Park in Lahore on Sunday. Cameron said that the Britain is standing with the Pakistani government to eliminate menace of terrorism, adding that Pakistan Army and people have rendered many sacrifices in the war on terror. The British prime minister said that they will continue to support Pakistan for the stability of country’s economy, adding that Britain will continue to support Pakistan in education and energy sectors. On the other hand, Chinese Foreign Minister Wang Yi said that the world values Pakistan's sacrifices against terrorism, adding that Pakistan is standing at the front line in war on terror.