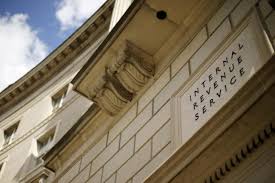 WASHINGTON (Reuters) – Tax experts for global corporations are hot on the trail of loopholes in the sweeping tax law approved in December by President Donald Trump and Republicans in the US Congress. Barely five months since it took effect, the law is already yielding potential tax-dodge gimmicks, from revising cross-border payments to substituting bank loans for internal debt. These fast-emerging strategies are designed mainly to blunt the impact of three new corporate taxes imposed by the law, said lawyers and consultants who help large, international companies minimize their taxes while staying within the letter of the law. Detailed guidance on the three taxes, which are extremely complex, is still pending from the Treasury Department and the US Internal Revenue Service. As a result, actual deployment of the new strategies by multinational corporations is still likely months off. But discussions about ambiguities in the Republican legislation and how to exploit them is well under way in the tax planning industry, with the IRS and Treasury looking on warily. At a recent Washington conference, panelists from the law firm of Caplin & Drysdale, audit and consulting giant PricewaterhouseCoopers and the IRS talked about the new law’s Base Erosion and Anti-Abuse Tax (BEAT) and how it interacts with a standard business accounting entry called cost of goods sold (COGS) that encompasses the expenses of producing goods. Cost of goods sold normally covers raw material and labor expenses, but also other, less clear-cut expenses. Importantly for tax planners, COGS is exempt from BEAT, under the new tax law. So putting more expenses into COGS could reduce BEAT exposure. “There are a lot of different opportunities for restructuring or changing who does what to improve your posture” on cost of goods sold for BEAT purposes, said Elizabeth Stevens, an associate at Caplin & Drysdale on the panel. “I’m sure the IRS will be auditing BEAT computations.” IRS officials on the panel focused their remarks on the rules for cost of goods sold and legal precedents governing it. An IRS spokesman said the federal tax collection agency had no comment for this story. New York University School of Law Professor Daniel Shaviro, a noted tax law expert, said the COGS exception to BEAT is “certainly going to be a central tax-planning focus.” BEAT is one of three new taxes imposed on multinational corporations by the Republican law. The second is known as GILTI, which taxes Global Intangible Low-Taxed Income. The third is known as FDII, a preferential tax on Foreign-Derived Intangible Income meant to favor US domestic operations. Large technology and pharmaceutical companies are especially challenged by these new taxes because they tend to operate worldwide and are heavy users of globally mobile intellectual property, such as patents and trademarks, experts said. Taken together, the three provisions have injected numerous complexities into the tax code, despite Republicans’ original intentions to simplify the code through their legislation. “There will be a lot of rough edges, which advisers and taxpayers will exploit,” said Steven Rosenthal, senior fellow at the Urban-Brookings Tax Policy Center, a Washington think tank.