Taylor to make return from injury ahead of World Twenty20 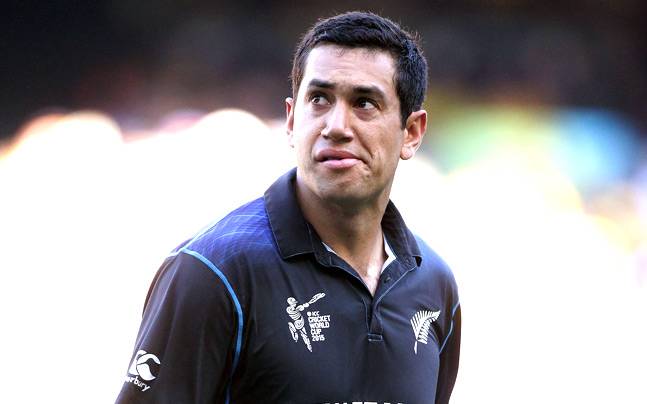 Taylor to make return from injury ahead of World Twenty20

WELLINGTON - Injured New Zealand batsman Ross Taylor will test his fitness ahead of next month's World Twenty20 tournament in India when he plays in an 'Island of Origin' match next week.

Taylor sustained a side strain against Pakistan last month and was ruled out of the entire ongoing series against Australia. The aggressive right-handed batsman had hoped to make a return for the second test in Christchurch, which starts on Saturday, but was ruled out.

Instead he will captain the North Island in a Twenty20 match on Feb. 28 against the South Island at the Basin Reserve in Wellington. "I'm excited to be part of the match and expect to see both sides going hard at it," Taylor said in a statement.

"With the level of players involved it should be a high quality game of cricket and hopefully the crowd gets behind it and we see it become a regular annual fixture." Players for each team for the 'Island of Origin' match are selected based on where they were born.

Overseas-born players like Grant Elliott, Colin Munro and Ish Sodhi -- all of whom are in New Zealand's World Twenty20 squad -- were selected for the North Island side based on their first-class teams. Henry Nicholls, who replaced Taylor in the test side, will keep wickets for the South Island in preparation for the World Twenty20 where he has been selected as cover for Luke Ronchi.

Twenty20 captain Kane Williamson, Martin Guptill, Corey Anderson, Trent Boult, Tim Southee and Mitchell Santner have not been selected for the Origin match. New Zealand's first match at the World Twenty20 is against hosts India in Nagpur on March 15. Pakistan, Australia and a qualifier make up the rest of their group. -Reuters