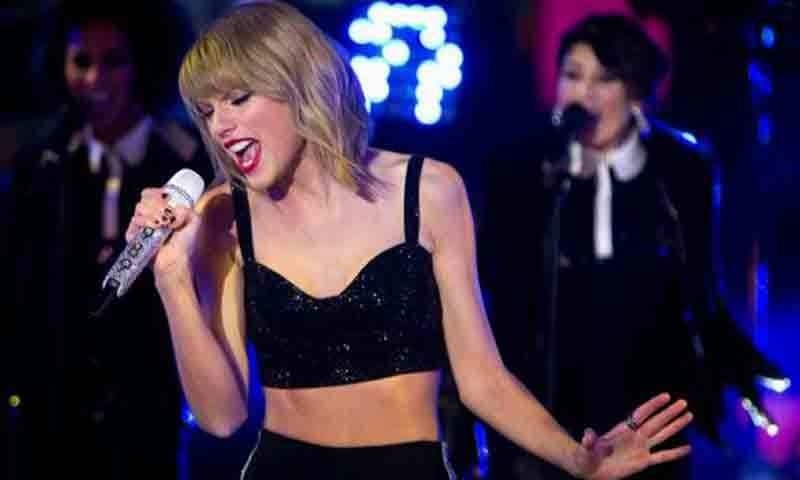 (Reuters) Taylor Swift's 1989 regained the top spot in the weekly Billboard 200 album chart, giving the pop star the distinction of being the second woman in history to have two albums hit No. 1 for at least 10 weeks, Billboard said on Wednesday. Swift's milestone puts her behind the late Whitney Houston, who had three albums top the charts for at least 10 weeks, Billboard said. Swift's second album, Fearless, spent 11 weeks at the top. By tallying 101,000 sales units, including 71,000 albums and 302,000 song downloads, 1989 - the best-selling album of 2014 - marks its tenth non-consecutive week at the top in the 14 weeks since its release, according to figures from Nielsen SoundScan for the week ended Feb 1. Swift also became the seventh act overall to have at least two albums top the charts for so long, joining the likes of the Beatles and Elvis Presley. The reformulated Billboard 200 considers album sales, song downloads and online streaming to compile an album's total sales units. Swift famously does not allow her work to be on streaming services. Jumping back into second place ahead of the Grammys on Sunday is nominee Ed Sheeran's X, followed by other favorites to win awards on the music industry's biggest night. Meghan Trainor remained at No. 3 with Title, and Sam Smith's In the Lonely Hour rebounded to No. 4 from No. 9. The only new release in the top 10 was R&B singer Ne-Yo's Non-Fiction, debuting at No. 5. Last week's No. 1, American Beauty/American Psycho from rock group Fall Out Boy, dropped 75 per cent to 55,000 units, putting it in sixth place. Singer Bruno Mars and producer Mark Ronson's hit Uptown Funk! was the top downloaded song for the fifth consecutive week with 365,000 in sales, a 7 per cent rise from last week.