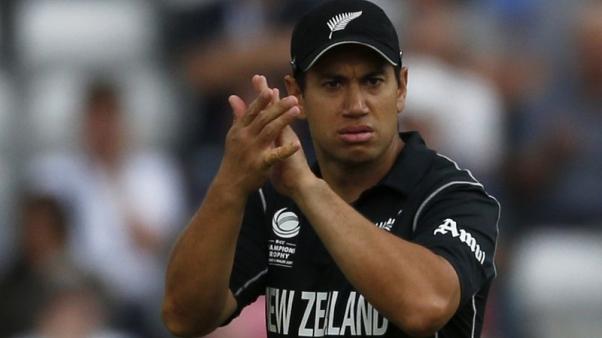 ABU DHABI (Reuters) - Pakistan captain Sarfraz Ahmed has slammed New Zealand batsman Ross Taylor for making a “disgraceful” throwing gesture when facing the bowling of veteran all-rounder Mohammad Hafeez during the one-day international in Abu Dhabi on Wednesday. Taylor appeared to query the bowling of part-time offspinner Hafeez whose action has been deemed illegal by the International Cricket Council several times in recent years. Sarfraz had a heated exchange with Taylor and the on-field umpires as New Zealand, fired by a hat-trick by returning paceman Trent Boult, won the series-opener by 47 runs. “I will say that Taylor’s action was not correct,” Sarfraz said. “It’s not his job to give (the) action which was shown on TV. It was disgraceful, for me.