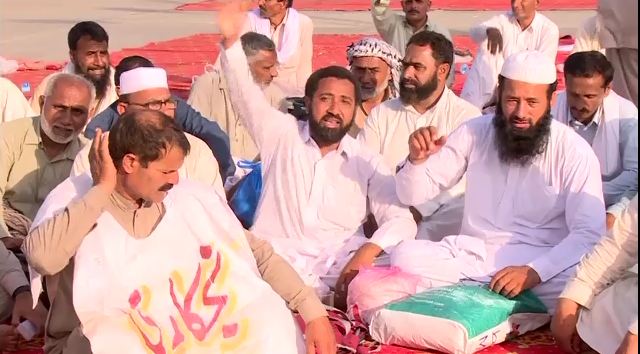 LAHORE (92 News) – The Punjab Teachers Union (PTU) has continued sit-in on fourth day against the privatization of government schools at The Mall on Monday. The demonstration continued and teachers have refused to budge from their demands even on fourth day since the protest started. The demonstrators said that public schools are being handed over to private schools including Non-governmental organizations (NGOs). The protesters spent nights outside the assembly and refused to end sit-in until their demands are met. The protesters said that it is a conspiracy to jeopardize the whole system of public education. The protesting teachers chanted slogans against the government.