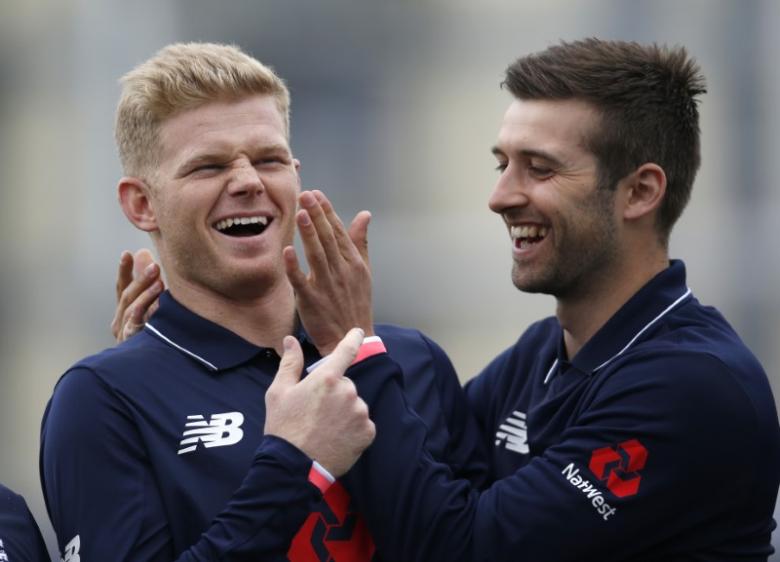 LONDON – England wicketkeeper-batsman Sam Billings has returned home from the Indian Premier League (IPL) carrying with him the message that rivals are "petrified" of his team ahead of next month's Champions Trophy on home soil.

England have undergone a major transformation in white-ball cricket since being unceremoniously dumped out the 2015 World Cup during the group stage and have emerged as one of the favourites for the June 1-18 one-day international tournament.

Billings said his interaction with players from other leading nations during IPL Twenty20 matches for the Delhi Daredevils convinced him of a new-found respect for his country's limited-overs prowess.

"The best thing about the IPL is you share a dressing room with these guys and previously in this country we haven't made one-day cricket a priority as such, but people are petrified of our side now," Billings told British media.

"It was very interesting to hear what other internationals think of our side," said Billings, who has been given an opportunity to impress in his wicketkeeping role in 50-over matches against Ireland on Friday and Sunday.

"There is a buzz around the reputation of the England team in white-ball cricket... it's amazing to think about that transition from two years ago."

The Kent player, who turns 26 next month, played eight matches for the Delhi franchise before flying home for the two-match series against Ireland.

One-day captain Eoin Morgan has called the current squad the "most talented group" he has played with and backed the decision to allow Ben Stokes, Chris Woakes and Jos Buttler to continue their participation in the IPL.

"I think it's the right decision, part of our development as a side, to get as many players as possible playing in the biggest and best tournaments in the world, albeit T20," Morgan said.

"The development of 50-over cricket has got that much closer to the T20 format. This year we've had more players at the Big Bash (seven) and eight players at the IPL, which shows a lot of strength.

"To rub shoulders with some of the biggest and best names in the world and put in performances like Ben Stokes did the other night (scoring a match-winning century for his Pune side) bodes well for our future development." –Reuters