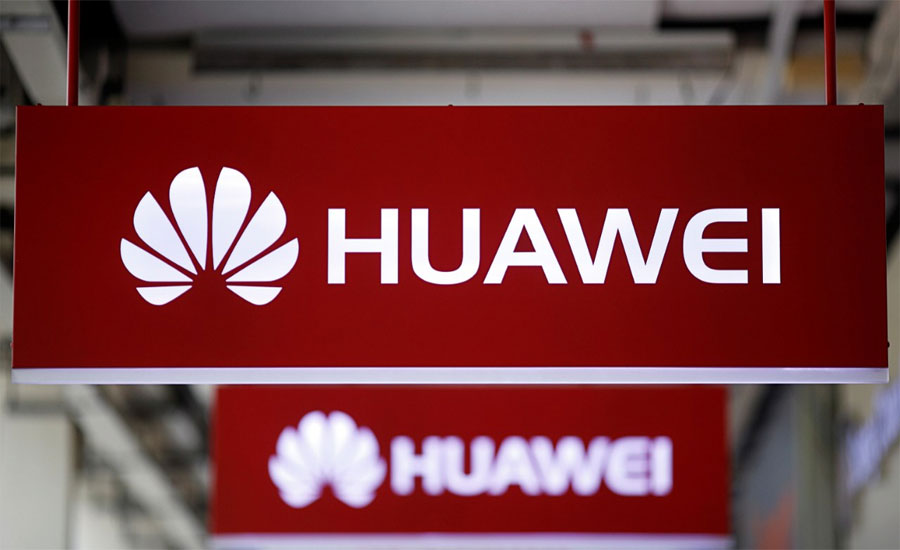 NEW YORK (Web Desk) - Huawei is going to lay off more than 600 workers in the United States as the Chinese technology giant continues to struggle with new restrictions from the Trump administration.

The layoffs, announced Tuesday, will take place at Futurewei, which is Huawei's US-based research and development subsidiary. The company blamed the layoffs on a "curtailment of business operations" caused by the US' restrictions.

"Decisions like this are never easy to make," Hauwei said in a statement. "Futurewei will continue to operate in strict compliance with US local laws and regulations."
Huawei previously warned that the pressures placed upon it by the Trump administration would result in the loss of US jobs, and the Wall Street Journal reported last week that layoffs were imminent for Huawei employees based in the United States.
"Given the United States' vulnerability in cyberspace, I think the government is bending over backwards to make America safe, but they're going too far," Andy Purdy, Huawei's chief security officer and former head of the US Department of Homeland Security's national cybersecurity division, told CNN last week.
"If we are forced to go our way, we'll be okay. But in the long term, I don't know that Huawei will come back [to America] and I think America will be hurt," he said.
In mid-May, President Donald Trump signed an executive order barring US companies from using telecommunication equipment from sources the administration deems a national security threat. That action directly targeted China and Huawei, a leader in 5G technology and a global business with revenue of more than $100 billion. The US has since said it would ease restrictions on the ban, but the details remain unclear.
The ban has prevented Futurewei employees from communicating with their coworkers in Hauwei's headquarters in China, the Journal reported. Futurewei has offices in Dallas, Silicon Valley and a small handful of other American cities.
Huawei doesn't have a big presence in the United States, but the company is a sole provider of networking equipment to many rural American internet providers.
The United States' actions against Huawei are taking a serious toll on the company's bottom line. Huawei recently said it will miss sales forecasts by about $30 billion over the next couple of years.
"In the next two years, I think we will reduce our capacity, our revenue will be down by about $30 billion compared to the forecast, so our sales revenue this year and next year will be about $100 billion," CEO Ren Zhengfei said in June during a panel discussion at Huawei's headquarters in Shenzhen.
SOURCE: CNN INTERNATIONAL