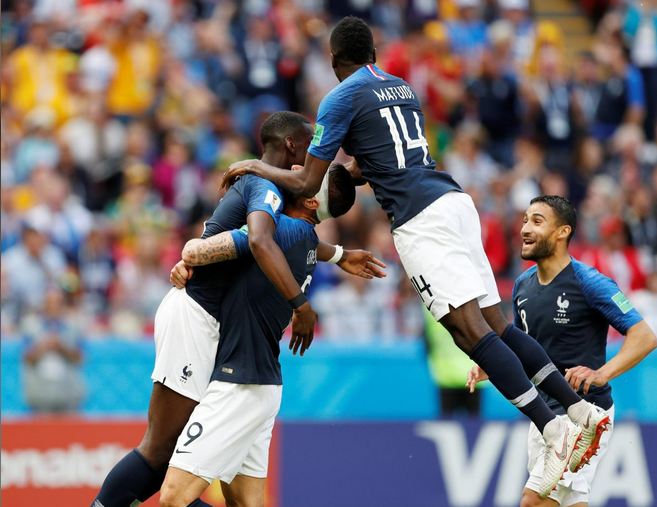 KAZAN, Russia (Reuters) - Paul Pogba scored a late goal to earn France a hard-fought 2-1 win against Australia as technology played a major part in their opening World Cup Group C game on Saturday. Midfielder Pogba, who was criticised after recent below-par performances, found the back of the net with a lob after a fine one-two with second-half substitute Olivier Giroud nine minutes from time, the effort being confirmed by goal-line technology. Antoine Griezmann converted the first penalty to be awarded by the Video Assistant Referee (VAR) at a World Cup in the 58th after being brought down by Josh Rishdon, only for Mile Jedinak to level, also with a penalty, after Samuel Umtiti handled. Peru take on Denmark in the other Group C match at the Mordovia Arena in Saransk later on Saturday.